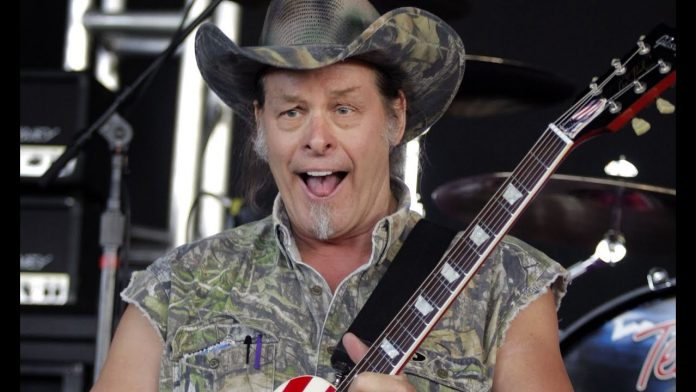 While virtually everyone in the entertainment industry is left-wing, Ted Nugent is far from it.

He has long been a thorn in their side, unapologetically pushing conservative views.

Following the death of George Floyd, most Hollywood and music industry stars came together to back the extremist Black Lives Matter movement.

They held virtual concerts, put out social media posts, and donated huge sums of money to support the movement that calls for the defunding of police and elimination of the nuclear family, among other radical positions.

In total, over $10 billion was donated to Black Lives Matter causes since the death of George Floyd.

And at the same time, at least $2 billion was caused in damages due to post-George Floyd riots across the country, along with dozens of deaths.

But while all of this was going on, one person Americans could count on not to cheer on the rioters is rocker Ted Nugent.

He is somebody who has never censored himself, causing constant scandals in the age of cancel culture.

And he proved that during a recent interview on Sinclair’s America This Week, where he spoke to host Eric Bolling about anthem protests, and the Black Lives Matter movement in general.

Bolling questioned Nugent about anthem protests, saying, “I love hearing the Star-Spangled Banner. Let’s talk a little bit about what’s going on in the country . . . You see them kneeling when as the song is being played, you see them disrespecting the flag that is on my chest and probably on your arm. What does that do to Ted Nugent?”

“I identify those people as being real soulless, real stupid,” Nugent began. “They don’t even know what they’re doing. I mean, they claim that somebody’s hands were up, and they got shot. That’s a lie. I know the situation. I’ve studied those situations, and nobody’s hands were up, and nobody got shot. So the entire premise of that so-called protest is based on a lie.”

He continued, “And they can’t be that stupid. They know it’s a lie. They’re just liars. So when you see someone disrespecting our flag, um, they don’t deserve any respect themselves, and they should be ashamed of themselves.”