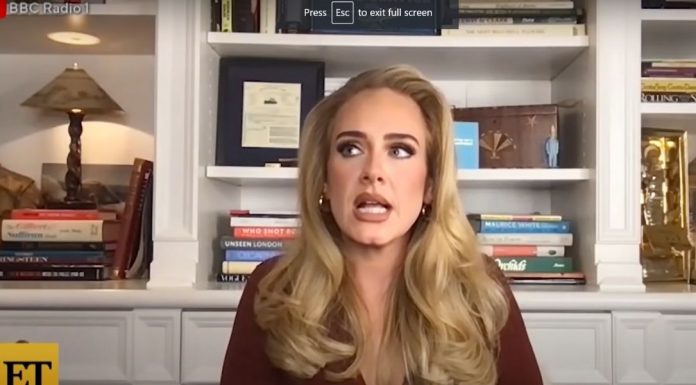 Leftists set standards no one can live up to – not even their fellow Leftists.

But it’s not about the standards, it’s about the outrage when you violate them.

And superstar vocalist Adele just torched the Woke Cult with the three words they can’t tolerate.

But she just delivered some harsh words that have her in the Woke Mob’s crosshairs.

Arguably the best singing voice of her generation, Adele is now under attack for saying something she would have been applauded for by the Left for just a handful of years ago.

This year, Adele won Artist of the Year.

She was proud of her victory and said as much in her acceptance speech.

“I understand why the name of this award has changed but I really love being a woman and being a female artist. I do!” Adele said. “I’m really proud of us, I really, really am.”

And that was the end of Adele.

It may be hard to spot where she crossed the Woke Mob in that statement.

But the words “being a woman” while innocent-enough to most sane people are fighting words to the deranged left.

“TERF” is an acronym that stands for trans exclusionary radical feminists. The term is used as an insult by the Trans Lobby against anyone they deem “transphobic.”

“Who’d have thought Adele was a transphobe and would use her platform to call for the destruction of the trans community. Especially the confused teenagers.”

“I lost a lot of respect for you. I won’t spend any more money on your music.”

Will Adele pull a JK Rowling and stand by her words, or apologize to the Woke Mob?

Considering her past political affiliations, a betting man would put his money on a quick apology, bowing to trans activists.

In 2016, Adele was a strong supporter of Hillary Clinton – and campaigned for crooked Hillary at one of her Miami concerts.

The failed presidential candidate even appeared with Adele on stage.

In the same year, she requested the Trump campaign stop using her song, “Rolling in the Deep.”

If someone as nearly universally adored as Adele can be canceled by the Trans Lobby, even when they support leftist candidates, anyone can be.