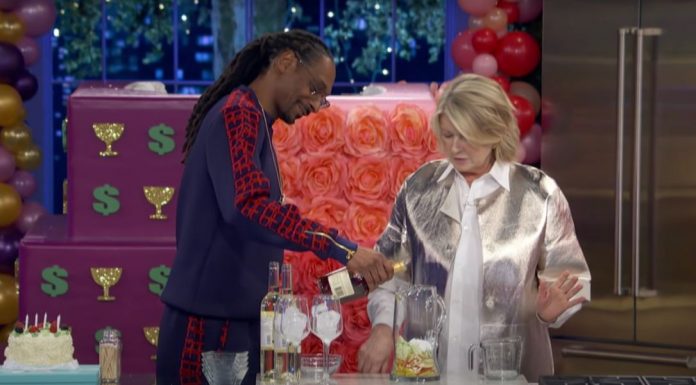 Cancel culture is one of the worst phenomena in American society.

People can lose their entire livelihood for saying something politically incorrect.

But Super Bowl rapper Snoop Dogg just made a stunning threat to the Cancel Mob.

Famed rapper Snoop Dogg is only one week away from performing at the Super Bowl LVI halftime show in Los Angeles.

And during a recent interview, he expressed that he has no fear of cancel culture.

Snoop, whose real name is Calvin Broadus, defiantly said, “I wish a motherf*cka would try to cancel me.”

Many entertainers have had their careers ruined by “cancellations,” but others have survived.

One of the most important components of surviving the mob is never apologizing.

He commented further on cancel culture:

“It’s only believable if you believe it when they trying to cancel you…Because you see Da Baby, you see Dave Chappelle, you see certain motherf*ckas, like, ‘If you don’t get out of here with that shit.’”

Standing up to the mob is essential, but there can be consequences.

For example, comic legend Dave Chappelle lost distribution for a documentary he produced because of his Netflix special The Closer.

Rapper Da Baby made comments that angered the gay community and he was pressured to apologize, although he later withdrew his apology.

Snoop continued, “Give me a week, I’ll be back up…You got to know that your base is your base. The cancel community is not bigger than my fanbase. I beg to differ.”

The more tied entertainers are to corporate-controlled media structures, the easier they are to control and cancel.

For example, comedian Kevin Hart lost his dream job of hosting the Oscars after some “woke” leftist trawled his Twitter history and found a handful of offensive tweets.

Hart runs a higher risk of being canceled because he’s reliant upon major studios to put him in movies.

In order to fully battle cancel culture, there must be alternative platforms to give people a soft landing if they are booted from mainstream acceptance.

That’s where people on the Right need to step up.

The “woke” Left are creating a major market opportunity for conservatives to fill an underserved population.

Snoop has the right attitude in combating cancel culture, but there’s still more work that needs to be done in order to end this despicable practice.

More people than ever are aware of the problem, but now they have to take active steps to push back against it.