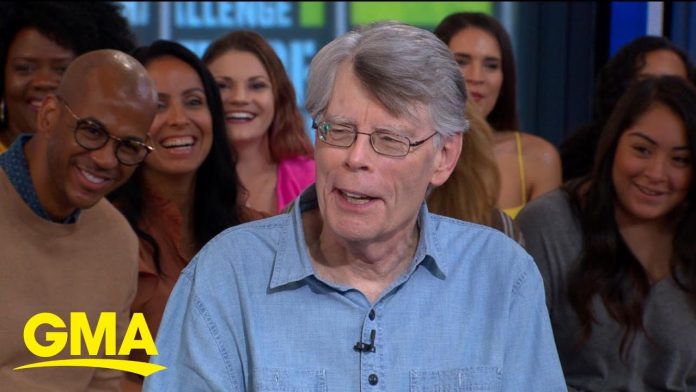 Novelist Stephen King has exhibited a strong case of Trump Derangement Syndrome over the past four years.

He’s gone on many unhinged rants against the President.

But now King insulted all Trump supporters with one insane statement.

Democrats have developed a disturbing new trend of attacking Republican voters just as much as they attack Republican politicians.

It began to catch on when Hillary Clinton called Trump supporters “a basket of deplorables,” and it has only intensified.

Author Stephen King got in on the act when he blasted all Republicans because of their support for Donald Trump.

That’s rich coming from the Left.

Leftist have systematically been attacking America for decades.

University professors, activist journalists, leftist celebrities, and even politicians have denounced America as a slave-ocracy drenched in genocide and oppression.

They’ve sat idly by or even cheered when statues of Abraham Lincoln, Thomas Jefferson, George Washington, and even Frederick Douglass were torn down by mobs.

Leftists have called for Mount Rushmore to be destroyed, and argued that Independence Day shouldn’t be celebrated.

The Left also said the president of the United States was a Russian asset despite evidence that it was all a fabrication of Clinton opposition research, which itself was based off Russian disinformation.

King needs to get real and understand that it’s the radical Democrats who are eager to tear down the country and start over.

They believe it’s patriotic to kneel for the Star-Spangled Banner and make hagiographic films about murderous communists like Che Guevara.

A Maine native, King ragged on Susan Collins after she voted in favor of Brett Kavanaugh’s confirmation, but Collins easily won re-election despite pollsters swearing she was in trouble.

King is shamelessly playing to the “woke” set on Twitter at this point.

Not long ago, he called for unity among both sides, but he reversed course after behing hectored into submission.

King did the same thing after he came out in support of fellow novelist JK Rowling when she was being harassed by the radical transgender mob.

After a deluge of online backlash, King bent the knee and tweeted “Trans women are women” as if he were repeating a mantra in a hostage video.

King and the Democrats are drifting into the radical wilderness and they don’t even realize it.