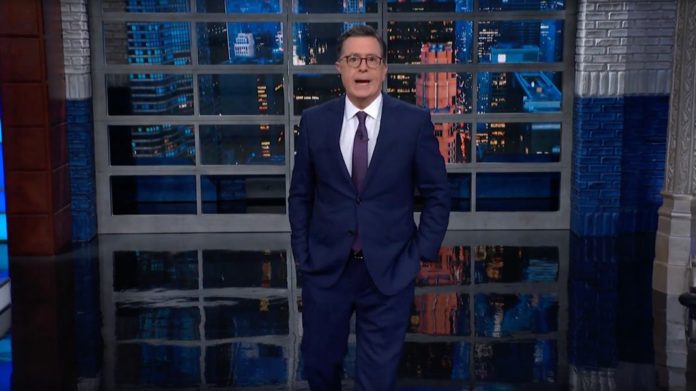 Stephen Colbert might be the most obnoxious of the lot.

But Colbert was left speechless when he got his hands on these TV ratings.

All of the woke talking heads on late night are frustrated because they’re looking up in the ratings at Greg Gutfeld of Fox News.

“A few weeks ago Gutfeld! rose to the top of the ratings heap. The moment came after President Joe Biden’s Afghanistan debacle, suggesting audiences would rather hear someone snark about it than play defense for the indefensible. Except a new ratings report shows the Gutfeld! effect may be longer lasting . . . The news marks the fourth straight week Gutfeld! outpaced his late night peers. Is it the Fox News effect all over again?”

Fox News tapped into an underserved market – half the country.

Gutfeld has the potential to do it again with comedy.

Right-wingers can take a joke at their expense, but it gets old when the Left never gets the same treatment.

But liberal comedian and political commentator Bill Maher admitted that the Left is funny right now because they’re so over-the-top and ridiculous.

Maher said the Left currently is an “Onion Headline,” which explains why Gutfeld, The Babylon Bee, and other counter-narrative comics are thriving.