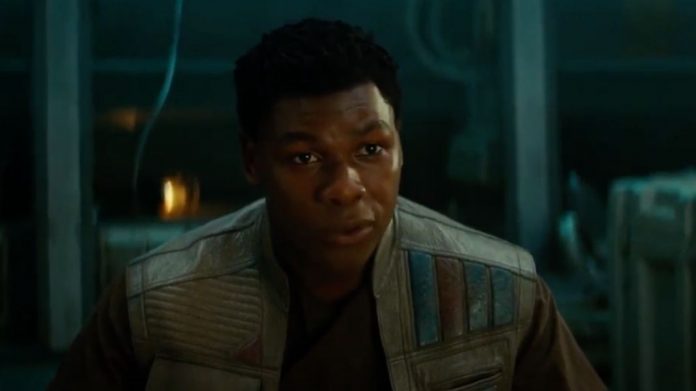 There is no institution in America pushing “woke” beliefs more than Hollywood.

Every new movie they produce has to include some far-left message.

But all their wokeness just caught up to them after being accused of racism by someone surprising.

Being accused of racism is a death sentence for anybody in Hollywood.

Roseanne Barr was blacklisted from the industry, losing her show, for poking fun at former Obama official Valerie Jarrett.

They claimed she made a racist statement about Jarrett, but Barr has made it clear that she didn’t even know Jarrett was black.

Despite this, she will never have a place in the industry again.

They have created a toxic culture, where a single racism accusation is enough to destroy a career.

But now that is catching up to them, because it’s one of their own Hollywood actors accusing his bosses of racism.

John Boyega is a black actor who played Finn in the newest iterations of the Disney-owned Star Wars series.

He is now speaking out against his bosses at Disney, alleging that he was brought on simply to have a black face in the series, while his character’s storyline was neglected, unlike white characters who were given more “nuance.”

“What I would say to Disney is do not bring out a Black character, market them to be much more important in the franchise than they are, and then have them pushed to the side,” Boyega told GQ magazine, adding that the white characters were afforded “more nuance” than minority ones. “It’s not good. I’ll say it straight up.”

Many fans of the classic Star Wars films criticized the “new” Star Wars movies for needlessly injecting “woke” politics in the new movies.

When fans panned some of the movies, director Rian Johnson criticized the franchise’s fans by calling them “manbabies.”

But no amount of pandering to intersectional radicals will be enough.

So instead of being grateful to be cast as a main character in one of the most profitable movie franchises of all time, Boyega blames whines about his bosses who hired him for such a major role.

But it was Hollywood who created the toxic atmosphere where these kinds of racism claims would manifest.

When they claim that there is racism around every corner, they shouldn’t be shocked when they are accused of it.