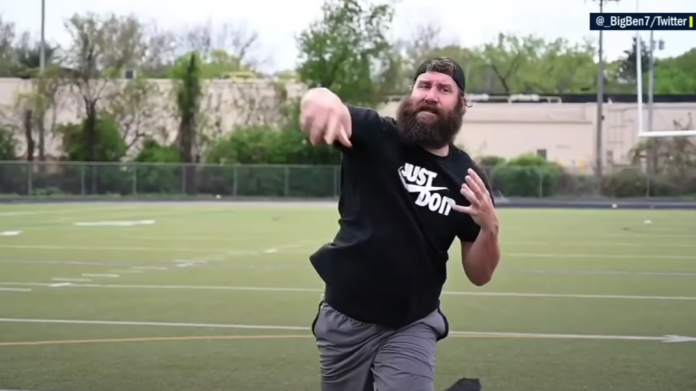 The coronavirus has caused some local and state politicians to go rogue.

One of them is Democrat Pennsylvania Governor Tom Wolf.

And a star quarterback just got called out by Wolf for this one simple act.

The coronavirus has given Big Government Democrats a pretext to cram through all of their pie-in-the-sky leftist projects.

Other Democrats have been exposed as petty tyrants high on a power trip.

Michigan Governor Gretchen Whitmer has been particularly off the rails, suggesting her orders are “not suggestions.”

Pennsylvania Governor Tom Wolf has also acted dubiously in response to the coronavirus.

A class-action lawsuit was filed against the state for his administration’s handling of handing out business waivers to companies so they could stay open during the coronavirus shutdown.

The waivers were handled in a slapdash manner that granted favoritism to businesses in a certain sector over another.

Wolf also threatened to revoke licenses from businesses that re-open against his wishes.

If that wasn’t enough scandal on Wolf’s hands, Rachel Levine, Wolf’s Health Secretary, has received calls to resign after Levine transferred his mother from a nursing home while allowing the virus to ravage the elderly community.

Despite this heap of problems, Wolf decided it was important to go after Pittsburgh Steelers star quarterback Ben Roethlisberger.

Roethlisberger was injured early during the 2019 season, and vowed not to trim his beard until he could again throw an NFL-caliber pass.

The Steelers put out a short video showing Roethlisberger with a freshly trimmed beard and ready to play again.

But Wolf was none too happy because Roethlisberger defied his lockdown order and went to a barber shop.

Wolf responded to the video, “When you go to something like a barbershop and you’re not protected, I don’t care who you are, the chances of that virus actually wreaking havoc on your life increases . . . I don’t personally think any Pennsylvanian ought to take that chance.”

Wolf’s response highlights a growing divide in the country.

Meanwhile most Americans are ready to resume their lives.

As more data roll in, it’s becoming clear that people who are not part of an at-risk demographic have a very little chance of dying from the coronavirus.

A professional athlete in his 30s, Roethlisberger should be able to get a haircut cut without the Governor of the state jumping down his throat.

But Wolf and other Big Government politicians can’t keep people locked down.

Even citizens in deep blue states are getting fed up with the endless quarantine.

Will more Americans follow in Roethlisberger’s footsteps and openly defy these over-the-top orders?