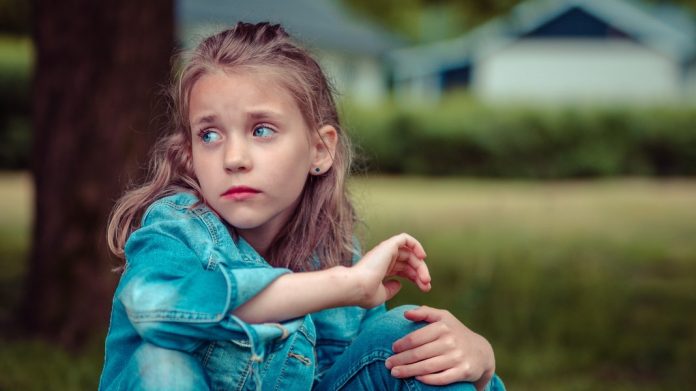 Leftists pretend that racism can only come from white people.

They say that since white people have “power,” only they can be racist.

But you’ll never guess what happened to this 9-year-old girl because of who she was friends with.

In Linden, Alabama, a 9 year-old African American girl was found dead by her grandmother after she committed suicide.

Her grandmother says that her granddaughter was experiencing bullying from other African American kids because she was friends with white kids.

A nine-year-old black girl from Alabama, who was allegedly bullied by her fourth-grade classmates for being friends with a white family, committed suicide.

On December 9, McKenzie Adams was found by her grandmother after she hanged herself, the Tuscaloosa News reported. McKenzie attended U.S. Jones Elementary School in Demopolis after transferring from her elementary school in Linden where her mother and grandmother said she had been bullied. Her mother, Jasmine Adams, and her grandmother complained to the State Board of Education about the bullying McKenzie was experiencing, which allegedly continued at her new school.

Jasmine Adams told CBS 42, “She told me that this one particular child was writing her nasty notes in class. It was just things you wouldn’t think a 9-year-old should know. And my baby to tell me some of the things they had said to her, I was like, where are they learning this from? … Part of it could have been because she rode to school with a white family. And a lot of it was race; some of the student bullies would say to her, ‘Why you riding with white people? You’re black; you’re ugly. You should just die.’”

McKenzie’s aunt, Eddwina Harris, a television host in Atlanta, told the Tuscaloosa News, “She was being bullied the entire school year, with words such as ‘kill yourself,’ ‘You think you’re white because you ride with that white boy,’ ‘You ugly,’ ‘Black b-tch,’ ‘Just die.’’’

The grandmother Jasmine told CBS that her granddaughter had complained about the bullying to the school administration before.

But there was nothing done in defense of the young girl.

Unfortunately, this type of behavior is left unchecked too often.

The school administrators probably didn’t feel comfortable approaching a situation where young African American kids were actually demonstrating racism and bullying someone just like them.

And this is how the so-called “progressives” want you to feel.

First Lady Melania Trump has made her anti-bullying campaign her top priority.

Her goal is to help our children manage the many issues they are facing today, including encouraging positive social, emotional and physical habits – so situations like this never happen again.