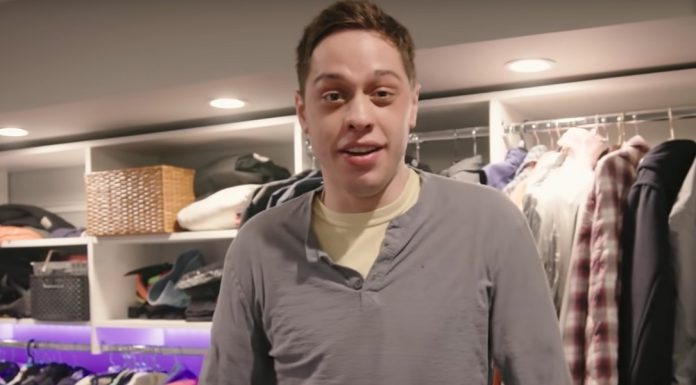 The coronavirus has ruined countless lives in 2020.

Meanwhile, Hollywood celebrities have wagged their fingers at Americans who are fighting for their livelihoods.

And one Saturday Night Live star delivered a sickening message for Americans crushed by government-imposed lockdowns.

The draconian COVID-19 lockdowns have been devastating for the country.

They’ve severely damaged the economy, killed as many as 17% of small businesses, and led to many adverse health outcomes that many doctors argue are worse than the coronavirus.

For example, monomania about COVID has led to an increase in tuberculosis cases, which is on pace to kill more than COVID before the year is out.

Deaths of despair are also on the rise.

Despite all of this carnage caused by the lockdowns, SNL star Pete Davidson thought it was a good time to dunk on people in his home of Staten Island who have been crushed by the virus.

During his Weekend Update segment, Davidson went after Staten Islanders who were protesting nonsensical lockdown orders from city officials, which included no outdoor dining even though there is no evidence outdoor dining has been a vector of transmission.

Davidson said the protesters made Staten Islanders “look like babies.”

It’s easy for Davidson to say because he makes a lot of money and his work on a sketch “comedy” show is considered “essential.”

Meanwhile, small business owners are getting absolutely crushed while Nancy Pelosi insists on holding up relief packages for political benefit.

Fellow comedian Patton Oswalt made a similarly tone deaf comment when he insisted that people should stop complaining about having to order takeout and watch Netflix all day.

Not everyone has that luxury, and not everyone wants to live that way indefinitely.

Davidson initially got in hot water politically when he mocked congressman Dan Crenshaw who’d lost his eye in combat as a Navy SEAL.

Davidson apologized and did a funny segment on SNL with Crenshaw, but Davidson has since regressed to his elitist, smug liberalism.

Elitists in entertainment don’t understand just how soul-crushing the lockdowns have been for so many Americans.

What’s worse is there’s no end in sight.

Fifteen days to slow the spread has morphed into nearly a year of endless lockdowns.

A vaccine was supposed to be the panacea that would allow society to return to normal, but health officials and politicians now say that the COVID restrictions will continue beyond vaccination.

Rich celebrities like Davidson need to understand that most Americans have had it with these nightmarish lockdowns.