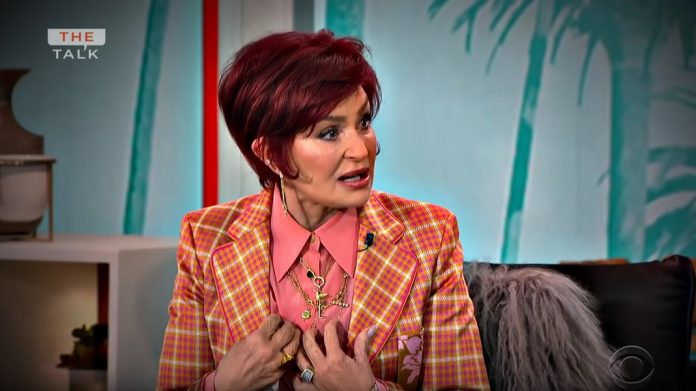 People are losing their livelihoods for expressing so-called “problematic” views.

But shocking leaked audio shows one talk show host who was fired for racism got completely railroaded.

Prince Harry and Meghan Markle threw the Royal Family under the bus in a jaw-dropping interview with Oprah Winfrey where they accused the family of being racist.

The fallout from that interview led to the resignation of Good Morning Britain host Piers Morgan who ran afoul of the cancel mob when he simply said he didn’t believe the scurrilous charges against the Royal Family.

Morgan’s resignation led to the ouster of The Talk co-host Sharon Osbourne who simply supported her friend Morgan.

Black co-hosts Sheryl Underwood and Elaine Welteroth did not come to Osbourne’s defense publicly, and Underwood actually went after Osbourne on the show.

However, behind closed doors, Welteroth admitted nobody thought Osbourne racist.

“I just want you to know, Sharon. Sheryl loves you and respects you so much and had your back behind the scenes. She was not trying to attack you. But I also understand when you had night long of trolls f*cking attacking you online, that puts you in a position where you have to defend yourself. You feel like you have to defend yourself. And I know you’re upset. I know it was terrible, but I just hope that once this blows over, that you know Sheryl is your friend. She really is your friend. She doesn’t think you’re racist. I don’t think you’re racist. No one who knows you would ever say that or think that.”

Osbourne responded with the obvious question: “But why couldn’t she have said, ‘I’ve known you for 11 years, I know you are not racist’ instead of, ‘I don’t think you are.’ No, I know you’re not.”

That’s when Welteroth made a stunning admission.

She blamed social pressure from the “woke” mob:

“Here’s the thing that I just want you to just know. Sheryl and I are held to a different standard by black people and people of color out there who expect us to say something about every racist anything . . . and it puts us in such a f*cked up position. That even if we don’t have the information, if we don’t even really care, if we don’t really wanna engage, it feels like there’s a spotlight on us, you know?”

People are afraid of speaking the truth for fear of being publicly smeared and ostracized.