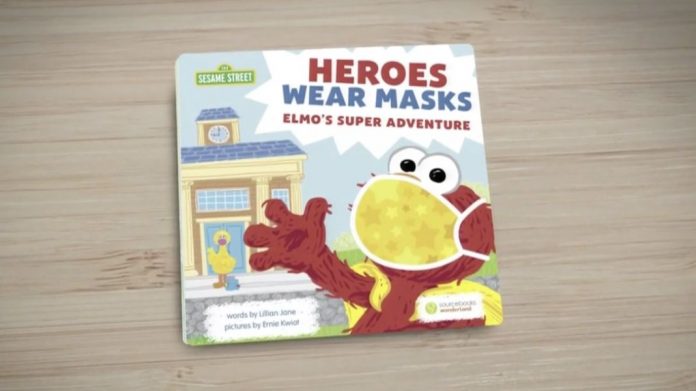 The Left will stop at nothing to indoctrinate children into their demented agenda.

Hollywood and television entertainment are their top allies in this sick crusade.

It is disgusting the amount of time the Left spends trying to convince Americans that their country is a racist, unjust place.

But it is even more despicable that they are feeding these lies to children.

In schools, they are trying to promote the racist 1619 Project, which is a complete rewrite of American history filled with complete falsehoods, designed to make Americans ashamed of their forefathers who built their country.

And even outside of schools, they are aiming to force their agenda in front of children.

“Today is going to be a SUPER day! Elmo is heading to school, and he wants to be a school superhero!” the description reads. “Young children will join Elmo as he gets ready like a hero and learns about wearing masks and washing hands.”

Despite the science on masks being iffy at best, and the fact that there is evidence that they can be damaging to young children, they are promoting masks as a fear tactic on children.

And this is far from the first time Sesame Street has jumped onto left-wing trends.

In 2016, the show introduced a hijab-wearing character named Zari, which was aimed to teach children about “girl empowerment.”

The fact she is wearing a hijab, which is a sign of oppression across the Middle East doesn’t seem to matter to them.

In the show, dubbed the CNN-Sesame Street Town Hall for Kids and Families, characters on the show answered questions from Van Jones about racism.

One segment featured a conversation between Elmo and his dad, named Louie, where Elmo is told “racism is a huge problem in our country.”

“Not all streets are like Sesame Street,” Louie added. “On Sesame Street we all love and respect one another. Across the country, people of color, especially in the black community, are being treated unfairly because of how they look, their culture, race and who they are,” he continued, adding, “What we are seeing is people saying enough is enough. They want to end racism.”