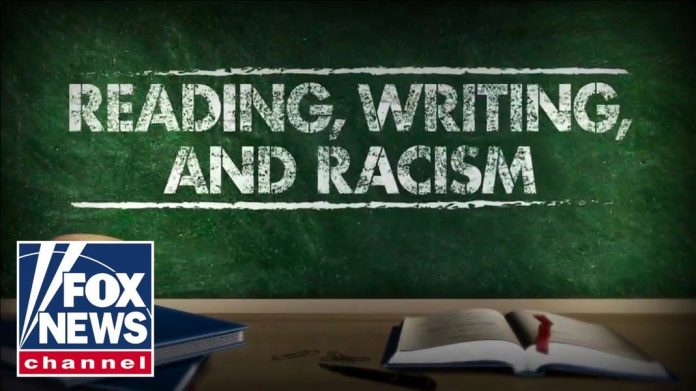 Parents are sick and tired of their children being indoctrinated in school.

Despite Virginia parents making their voices heard by voting in a slew of Republican leaders, the Left still won’t quit trying to brainwash their children.

Now schools in Maryland are telling children there is a second pandemic, and you won’t believe what it is.

Parents are furious with what their children are being told in school and they’re proving that at polling places across the country.

After the Democrats were demolished in Virginia’s statewide elections this past Tuesday, the left-wing pundits tried to claim that Critical Race Theory is not being taught in schools and that the nation’s moms are racist.

Well, someone may want to clue in Maryland school officials because they’re reporting otherwise.

“According to new documents received by Judicial Watch and exclusively provided to Fox News, Maryland’s most populous county, Montgomery County, launched a “psychoeducational lesson” teaching children in schools that there is a “dual pandemic” involving COVID-19 and “systemic racism,” Fox News reported.

Materials given to teachers recommended that they buy Ibram X. Kendi’s book Antiracist Baby as the “perfect gift” for ages newborn to 3.

MSNBC’s Nicolle Wallace said CRT “isn’t real,” and that the term is a buzzword that “turned the suburbs 15 points towards the Trump-insurrection-endorsed-Republican.”

Given the books teachers are being told to use and the curriculum being used in many schools that clearly discusses CRT most Americans aren’t buying what MSNBC is trying to sell.

More evidence surfaced that back in August an instructional video for teachers in the Montgomery school system was sent around that instructed the teachers to discuss a “dual pandemic.”

“We are currently living through a dual pandemic with COVID-19 and the Systemic and Structural racism occurring worldwide,” the video coaches teachers to say.

But the Left is still trying to pull the wool over parents’ eyes and pretend that these things aren’t being taught to their children.

Those pushing CRT want nothing more than to divide this country and destroy the very freedoms we hold dear.