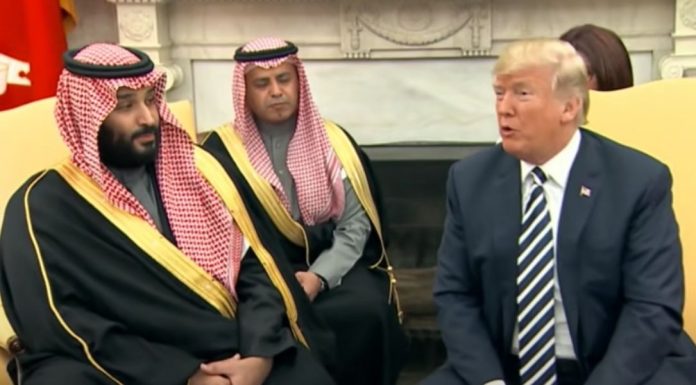 Things have been awful for the average American over the past several years.

But things are about to get a whole lot worse as one world leader in oil is distancing from the United States.

Because Saudi Arabia shockingly made it clear that they may be done with the US.

Many thought that 2022 was going to be the year things started to turn around.

After all, the past couple of years have been hell on earth for most hard working American families.

Like a kick in the pants countless things keep going wrong for the United States.

For one, inflation of the dollar is out of control which has caused the economy to falter.

Then to add insult to injury, gas prices are at their highest point ever in the United States.

And now it looks like World War III could break out any second with the Russia-Ukrainian conflict.

Saudi Crown Prince Mohammed Bin Salman told The Atlantic, that “Simply, I do not care” if Biden misunderstands what he means.

He continued to state that they could reduce their investments and cooperation with the United States.

Can you imagine that?

All the money and lives we have lost in the Middle East to protect Saudi Arabia from threats and now they are talking as if they are going to turn on us.

And if that wasn’t enough, the Saudi Prince flaunted their growing investment in China and stated that he believes “other people in the East are going to be super happy” to see the American-Saudi relationship dissolve.