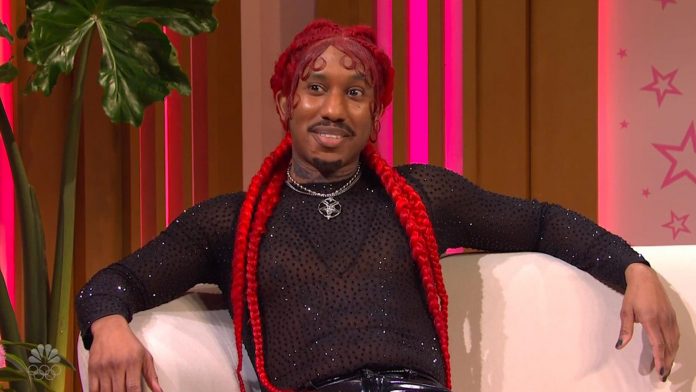 Hollywood and New York City elites take every chance they have to take shots at conservatives and Christians.

But it can’t get much worse than this.

And Saturday Night Live just hit an all-time low as they did a parody of God getting a lap dance from rapper Lil Nas X.

It’s been clear for years that conservatives and Christians are not wanted anywhere near Hollywood or Broadway.

As middle America still holds the values of God and family, Hollywood has fully embraced the Left’s radical agenda.

And one show that has taken a turn for the worse is Saturday Night Live.

Famous comedians like Eddie Murphy, Steve Martin, and Chris Farley would generally keep politics and faith out of skits and would actually get a laugh out of their audience.

But that’s all changed.

And here is the most recent example.

Rapper Lil Nas X made waves in the news recently for trying to selling Nike “Satan Shoes” and for giving Satan a lap dance in his music video.

Well, leave it to Saturday Night Live to have in one of its paradies Lil Nas X giving God a lap dance instead.

In the parody of Lil Nas X, he was asked about how he was being attacked by both the Catholic Church and Nike for his recent actions.

The comedian playing the rapper responded, “I don’t know why Nike is so mad. Their whole thing is ‘Just do it.’ Well, I did it.”

Then when asked why everyone was so upset he claimed, “[Because they are] closed-minded idiots. People are afraid of me because I’m different, but really I’m just your typical gay black country rap sneaker entrepreneur.”

When asked what he would say to Christians who were mad about his music video of him giving a lap dance to Satan, the comedian responded, “[T]he real Satan doesn’t do, like, music videos, so maybe chill.”

Then after being asked if he would give a lap dance to God to “even things out” he happily agreed.

And after the lap dance on God the comedian playing Lil Nas X had the audacity to say “Wow! Happy Easter everyone!”

You can watch the skit below:

The skit was so awful and cringeworthy even the real Lil Nas X acknowledged “SNL going to hell” on Twitter.

But what do you really expect from Leftists during the Holy Week of Easter?

Every chance they get they drag Christianity through the mud.

But this skit was even low for them.