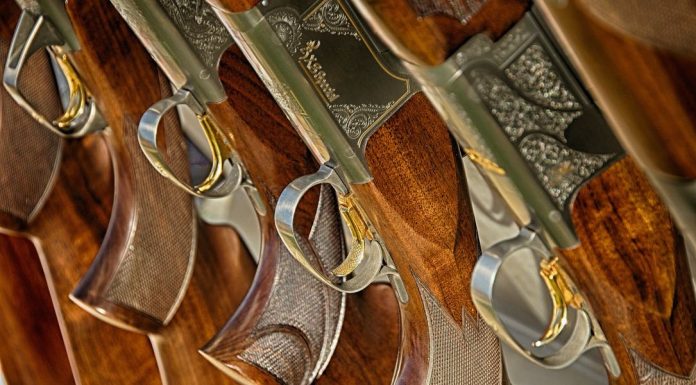 If this pandemic has taught us anything, it’s that Americans tend to buy out of fear.

There have been runs on everything from toilet paper to cleaning supplies.

And now, with a liberal administration taking over the White House, sales of this item spiked 80% the same month Biden took office.

According to The Washington Post, gun sales surged in January of 2021.

Over 2 million firearms were bought in January alone, marking an 80% year-over-year increase and making it the second-highest total for one month on record.

Americans are purchasing guns in record numbers out of fear of their government.

The news of the January surge in gun purchases comes on the heels of 2020 shattering all previous national records for gun purchases in the United States.

Many first-time gun buyers said they bought because they did not believe police departments could protect them any longer.

This after many agencies were overwhelmed by the constant onslaught of riots during the summer, and of course because of “defund the police” efforts.

The incredible number of guns sold in January of this year continues 2020’s high gun sales that trended up as the country crept closer to a Biden administration sure to put harsher restrictions on gun owners.

New Jersey and Michigan saw the largest increase in gun sales in January over the same month in 2020.

“January 2021 certainly started off with a sales ‘bang’ due to the turmoil surrounding the confirmation and inauguration of Mr. Biden as the new U.S. President,” said Brauer.

That means roughly 1.8 million more checks were performed during the month Joe Biden was inaugurated then when Barack Obama was sworn in for his second term.

America was scared in 2013, but they’re even more scared now, and rightfully so.