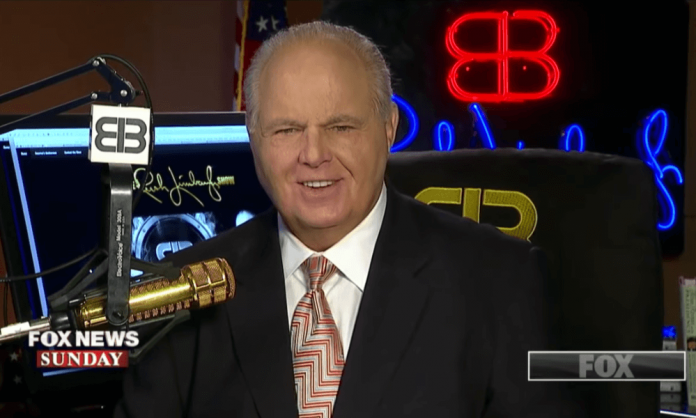 The past week has shown just how far Big Tech is willing to go to crush the conservative movement.

Last week has been like none any of us have ever seen in our nation.

When some at the Trump rally decided to break into the Capitol on Wednesday, the Left found the “crisis” they have been seeking out for a while now.

And with their crisis in hand they took aim at conservatives.

The Left and Big Tech decided it was time to erase conservatives from voicing their concerns on the main communication forum of our time, social media.

All the 4 main platforms of community dialog in our nation.

They then started to block Sidney Powell, Michael Flynn, and thousands of other conservative social media users.

Well one die-hard conservative had enough of leftists and Big Tech erasing conservatives from their platforms.

Rush Limbaugh, the biggest name in conservative talk radio, took the initiative to delete his Twitter account in protest at what they did to Trump and thousands of other conservatives.

Rush had tens of millions of followers on Twitter and has since encouraged his listeners to abandon Twitter for other social media platforms that value Free Speech.

But even though conservatives like Rush are taking a stand against Big Tech, Amazon Web Services dropped conservative social media platform Parler from using their servers.

And now Parler is fighting for their survival as they have sued Amazon in an antitrust lawsuit.