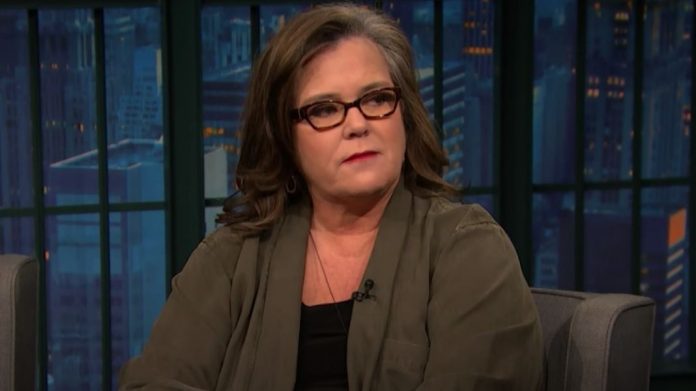 There are few with as long-running a feud with President Donald Trump than Rosie O’Donnell.

The two have traded jabs for decades.

And O’Donnell just continued that by saying something sick about every woman who supports Trump.

The Left loves to claim to support women.

But as soon as they see a woman who disagrees with them, they immediately disparage them and call them the most vile names imaginable.

Rosie O’Donnell proved that by launching a series attacks against President Trump’s most vocal female supporters.

Along with other Hollywood friends of hers, including Mia Farrow, Alyssa Milano, and Kathy Griffin, none of them hold back in their series of vile attacks.

Rosie O’Donnell took to her Twitter account to claim that outgoing special counselor to Trump Kellyanne Conway is a “cult member” who “lies for him [Trump].”

O’Donnell also added Trump’s daughter, Ivanka to the attack, adding that she “lies too.”

The washed-up Hollywood star is making it clear that any woman who stands up for Trump is a liar, and a part of a “cult.”

Because they refuse to get in line and support their agenda, which she claims is the only agenda that supports women, it is okay to hit them with insults.

Alyssa Milano, yet another washed-up Hollywood star who has become a full-time Trump critic, went after Conway after she stated that “Trump empowers women.”

Conway has good reason to state this considering that Trump appointed her as the first female campaign manager for a major Presidential campaign in history.

But Milano responded to her statement by quoting the leaked Access Hollywood tape from decades ago, which Trump has made clear was made in jest, and that he has changed since then.

The Left continues to prove how much contempt they have for those who disagree with them.

While President Trump and Republicans attack their political opponents by pointing out what they actually believe, the Left goes after their opponents with vicious lies.

In reality, Trump has been a constant champion for women.

For decades, he has given them opportunities that nobody else would, including hiring a woman to oversee the creation of his world-famous Trump Tower in New York City. And as President he continues to stand up for women, including by fighting against efforts to let boys who believe they are girls compete in girls’ sports.