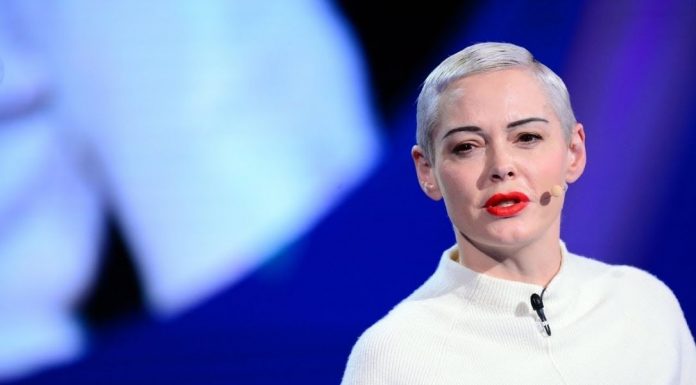 Comedian Dave Chappelle is still under assault from the Left.

His “crime” was not getting on board the radical transgender movement.

Dave Chappelle is probably liberal on 95% of issues, but because he deviates on one or two issues, that has made him persona non grata on the Left.

In his Netflix special The Closer, he called out the radical transgender movement as being completely unhinged.

And the response to his special proved him right.

Leftist activists immediately protested the special and called for Netflix to take it down.

Of course, “woke” activist journalists piled in and gave the protest a huge boost.

But outspoken actress Rose McGowan unleashed a devastating take down, calling out the demented protesters for their nonsense.

1) Dear Whiny U.S. @Netflix Employees, I hear your feelings got hurt by Dave Chapelle & upset @JoeRogan didn’t get your fancy schools language memo. Piss off you brats. Enough of your fake activism & obnoxious self-importance. Do any of you twerps even pic.twitter.com/7h4qgQysbH

McGowan was a Democrat for years, but now identifies as a politically homeless independent who doesn’t like the establishment of either party.

However, McGowan endorsed conservative radio host Larry Elder in the California recall effort, and confessed to listening to his broadcasts while driving around back in the day.

McGowan also said she called into his show under a fake name.

Her split with the establishment Left began when she exposed Hollywood producer Harvey Weinstein as a serial rapist.

For decades, Weinstein had been protected by the Democrat establishment, but the dam finally broke.

Weinstein is now in prison, and will probably die there.

McGowan has the clarity of thought to see the bogus protest over Chappelle’s new Netflix special for what it is – a naked power grab by an unruly minority.

And because the Left has largely gone insane, many supposed centrists have gone along with the nonsense.

Netflix CEO Ted Sarandos did not cave to demands to pull Chappelle’s special or censor it, but he did apologize for improper messaging.

His apology was a mistake.

These fanatical activists don’t deserve an inch when they conduct themselves the way they do.

Good on McGowan for calling them out.