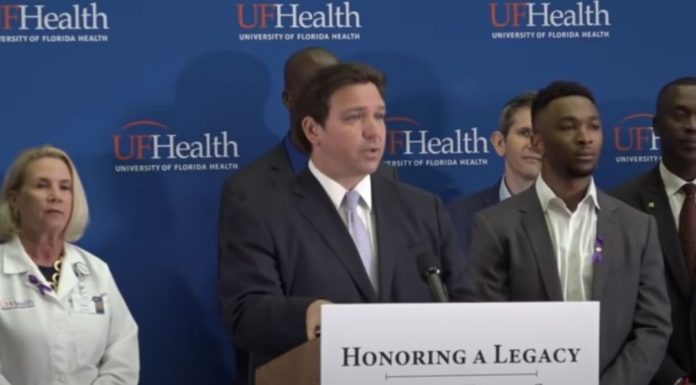 Businesses continue to think it’s a good idea to inject politics into their brand.

And people are getting sick and tired of it.

Major League Baseball is the latest sports organization to wade into political waters.

After the horrific shooting in Uvalde, Texas, the New York Yankees and Tampa Bay Rays both put messages in support of Everytown for Gun Safety, the anti-Second Amendment group founded by notorious gun grabber Michael Bloomberg.

The Rays said in a message after the shooting:

“We all deserve to be safe — in schools, grocery stores, places of worship, our neighborhoods, houses and America. The most recent mass shootings in Buffalo and Uvalde have shaken us to the core. The Tampa Bay Rays are mourning these heartbreaking tragedies that took the lives of innocent children and adults. This cannot become normal. We cannot become numb. We cannot look the other way. We all know, if nothing changes, nothing changes. The Rays organization stands committed to actionable change and has made a $50,000 commitment to Everytown for Gun Safety’s Support Fund. Everytown is the largest gun violence prevention organization in America. Rather than our usual game coverage on social media tonight, we’ve partnered with Everytown to amplify facts about gun violence in America.”

The Rays and Yankees both proceeded to flood their Twitter feeds with misleading gun stats.

For example, in their gun death numbers, they included suicides, which make up two-thirds of all gun deaths; mass shootings with rifles only make up a small fraction of gun crime each year.

Florida governor Ron DeSantis did not seem too pleased with the Rays’ political messaging.

Soon after, DeSantis vetoed legislation for a $35 million spring training practice facility for the Rays.

Residents did not want state funds going to the project, and the gun control stunt was all the impetus DeSantis needed to veto the bill.

Companies would be better served by remaining silent on hot-button issues, and they’re slowly learning that the hard way.

Disney found out when the company bent the knee to its “woke” employees and contested the Parental Rights in Education bill.

If companies want to play politics, they can reap the whirlwind of that decision.

People are getting sick and tired of it.