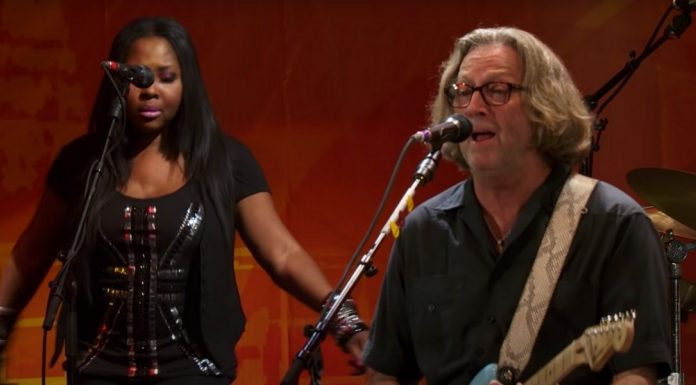 Pop culture is still overwhelmingly dominated by the Left.

The pandemic sent the Left and entertainers who are mostly leftists into crazy overdrive.

But rock legend Eric Clapton just dropped the hammer on the jab and boost pushers with one powerful new song.

Pop culture and pop entertainers have taken a beating in quality over the years.

Now most entertainers are leftist and many have even pushed songs that are basically glorified Big Pharma commercials for vaccine and booster mandates, masking and lockdowns.

Clapton has dropped a new song illustrating the damage pandemic regulations and lockdown are doing to the youth of our nation with his new song, Heart of a Child.

The three-time Rock & Roll Hall of Fame inductee’s lyrics are poignant – tackling the critically underreported issue of the damage COVID regulations are inflicting on America’s children.

He drives the point home in just a few lines:

You can listen to Heart of a Child on Rumble in the video below.

It may be years before we fully understand the physiological damage Dr. Fauci and his followers have delivered to kids all across our country and the world.

Clapton has been a favorite target of Big Media, ever since the former Cream guitarist first announced in the Summer of 2021 that he wouldn’t play venues that require COVID vaccines for attendees.

The genius behind Layla doubled-down when he began questioning vax jab mandates following his adverse reaction to the vaccine.

Rolling Stone, in particular, went on the attack against Clapton.

Clapton recently gave money — and offered his Transporter van — to Jam for Freedom, a group of U.K. musicians that spreads an anti-lockdown message and sings songs with lyrics like “You can stick your poison vaccine up your arse.” https://t.co/5FxgwHhdnC

While the woke still far outnumber the based in pop culture, Clapton is the latest in what may be a forming trend of artists standing up against the establishment and government control over hard working Americans.

Last summer, former Staind front man, Aaron Lewis’, Am I the Only One, lit up the radio and energized patriots from coast-to-coast.