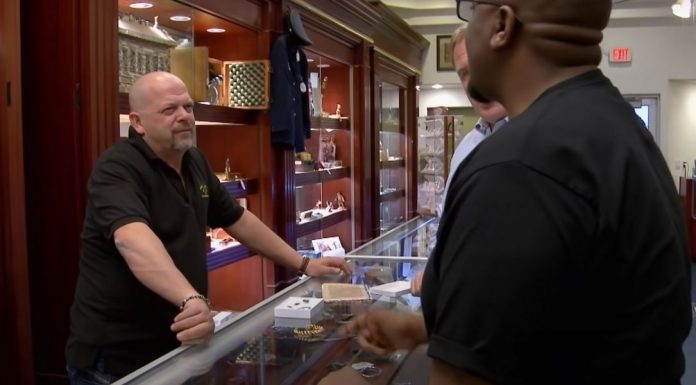 There’s no low that the Biden administration won’t stoop too.

But a legendary TV show boss is exposing the Democrats.

Joe Biden’s economic policies have put the squeeze on the American people.

Democrats are doing their best to pretend as if the economy is just fine, but people can feel the crunch in their wallet regardless of what talking heads say.

And Rick Harrison of the popular reality TV show Pawn Stars just highlighted the problems many Americans are facing, explaining that people have had to sell off items to stay above water.

Harrison appeared on Fox News and said, “Twenty percent of the adult population do not have a bank account, they don’t have normal banking. If they need a little money, this is what they have to do… Gas prices are killing people, the price of food has gone … inflation has gone nuts… And I really believe lower-income people it affects much worse than it affects upper-income people.”

But it’s anything but hidden right now.

And while inflation hits the poor and the middle class the hardest, Democrats are acting like no one is being hit by inflation.

Rich people can afford to pay higher prices for everyday goods and services, and they tend to own assets that appreciate in value.

Meanwhile, people are paying twice as much at the pump and the checkout line, and their wages have not kept up with 40-year-high inflation.

Harrison added, “Rents in Vegas alone are up 24 percent in one year…You know, you take the gas prices, the food prices and everything like that: it’s much harder to make a living… There’s a lot of people, especially young people who work in the gig economy and things like that…I live in the poorest county in Oregon like four months a year. I help out a lot down there. And when you’re talking rural places, it’s even worse because these people have to drive so much more.”

Thus far, the Democrats’ response to 9% inflation and an economic recession is to spend even more.

Inflation is more dollars chasing fewer goods, so Biden and the Democrats are actively making the problem worse.

Harrison said as much, explaining, “We just have a government dead-set on creating more inflation and less jobs I mean, that’s the only way I can think to say it.”

“We just have a government dead-set on creating MORE inflation and LESS jobs”pic.twitter.com/FS2x3dWnmE

There is no other way to say it when being honest.

That’s why the Biden White House has to lie so much and change the definition of words like “recession.”