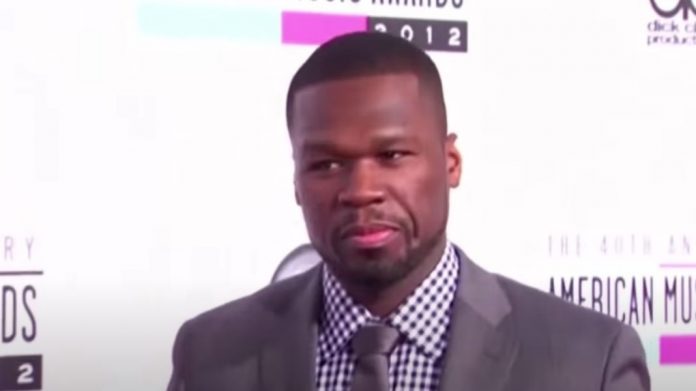 One of the big stories no one is talking about is the radical tax plan Biden’s administration is pushing.

The new plan would stifle the economy and tax many Americans out of existence.

And rapper 50 Cent has had it with Joe Biden’s upcoming tax plan and made a stunning announcement.

One thing leftists love to do is raise your taxes.

They have wet dreams about taxing the middle class out of existence.

For the rich, they will be taxed well beyond what they have ever before with a raised federal income tax and severe reductions in exemptions for estate taxes.

And the middle class and the poor would suffer greatly through, not only raised taxes, but through corporations being taxed out of existence with the rise of the corporate tax rate and new taxes added to businesses.

All this has Curtis James Jackson III, known professionally as rapper 50 Cent, up in arms.

50 Cent made headlines nearly a year ago after he endorsed Trump solely off of his tax plan.

This sent the Left into a frenzy as they viciously attacked him for it.

But 50 Cent is at it again as he now claims he is moving out of the progressive hell-hole of New York City to the safer conservative waters of Texas.

The rapper went on MSNBC and claimed, “His tax plan, I didn’t realize I would be paying 62% of my income back to the IRS.”

He continued, “New York City will change dramatically. Like, they’re going to end up moving to different territories. You look, all of Silicon Valley is now in Austin, Texas. So you will start to see people moving from these places to new places that make sense for them to hold on to what they’re earning, not have it just taken from them by the government.”

Then he broke the news that he was moving to Texas.

50 Cent added, “I don’t like New York City that much. I don’t like the people enough to stay. I will move, Ari. I’m going to Texas. I got me a cowboy hat and everything. And everything is bigger in Texas. It’s a really beautiful people. It’s nice people in Texas.”

You can watch his full exchange on MSNBC below:

You know it’s getting bad when leftists themselves are starting to face reality and ditch support for Democrats and their radical agenda.