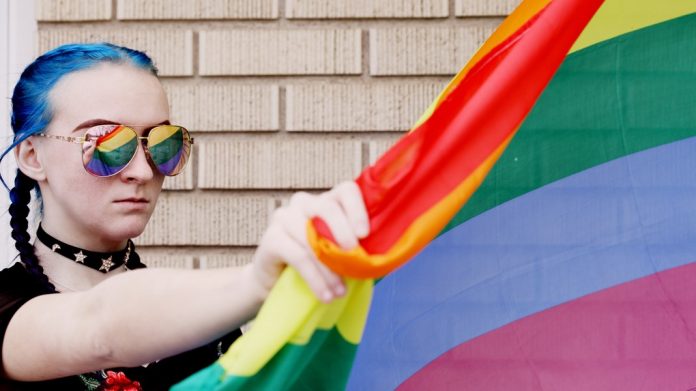 June is “Gay Pride month,” and radical LGBT activists are using the extra attention to sabotage the President.

But they just went one step too far.

In an act of open defiance to the Trump administration, LGBT activists just did something unspeakable to these U.S. embassies.

During the Obama administration, embassies were given the green light to raise an LGBT flag below the U.S. flag.

But the State Department has denied all requests to fly the flag this year.

Despite direct orders from the Trump administration, a handful of LGBT activists have gone rogue and raised the rainbow flag against their orders.

Since the State Department began rejecting all embassy requests to hoist rainbow flags outside the mission buildings during Gay Pride Month this year, some U.S. diplomats have been finding ways to defy, or at least get around, the new policy.

The facades of the U.S. missions in Seoul and Chennai, India, are partially hidden behind large rainbow flags, while the embassy in New Delhi is aglow in rainbow colored lights. The website for the embassy in Santiago, Chile, shows a video of the chief diplomat raising a rainbow flag last month for the International Day Against Homophobia, Transphobia and Biphobia.

The Vienna Embassy’s website features a photo of a rainbow flag flying below Old Glory on a mast jutting from the building, a statement by Diplomats for Equality and a story about a professor lecturing on the visibility and growth of LGBT rights.

Flying the rainbow flag is not only an act of defiance, but also a public relations tactic to get the media to attack the President.

The White House and State Department are in charge of deciding U.S. foreign policy . . . not the staff inside the embassies.

The embassy staff members responsible for flying the gay pride flag should be fired for their rogue actions.

Should the gay pride flag be flown at U.S. memorials and embassies?