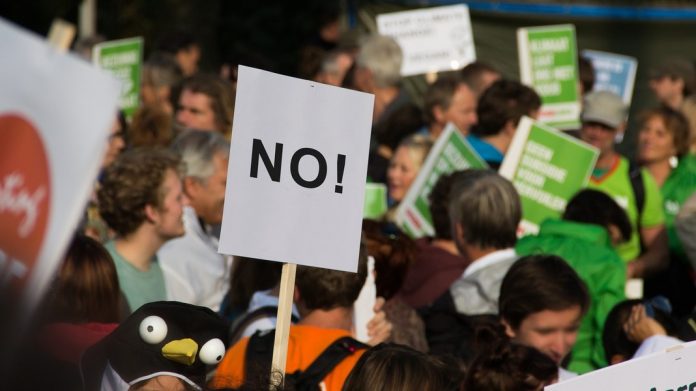 All it takes to enrage a Leftist is to point out facts that offend them.

Simply disagreeing with their radical agenda is enough to set them off.

And the radical Left lost their minds after a Republican candidate said the five words they fear most.

It is rare to see politicians brave enough to stand up to the Left-wing mob.

But in Louisiana, a candidate for Governor was willing to take them head-on in a big way.

Rep. Ralph Abraham, a physician and National Guard veteran, put out an explosive ad for his race for Governor, declaring that “there are only two genders.”

This entirely factual statement is blasphemy to the Left, who want people to believe there are infinite genders and you can simply choose whatever gender you want.

A Republican lawmaker running to become Louisiana’s next governor has a new campaign ad succinctly declaring his conservative stances, including that “life begins at conception” and “there are only two genders.”

I’m Ralph Abraham. I’m running for governor, and here’s the truth: life begins at conception. Government is too big. Our taxes are too high. And our car insurance is too expensive. President Trump is doing a great job. Facts matter more than feelings. The Second Amendment is self-explanatory. And as a doctor, I can assure you there are only two genders. I’m Republican conservative Ralph Abraham. I’m running for governor, and that’s the truth!

Louisiana is largely made up of conservative Americans.

So this ad will surely only serve to help Abraham in his race.

But if it was run in a state like California, the Left would be demanding he face punishment for “hate speech.”

Do you agree that there are only two genders?