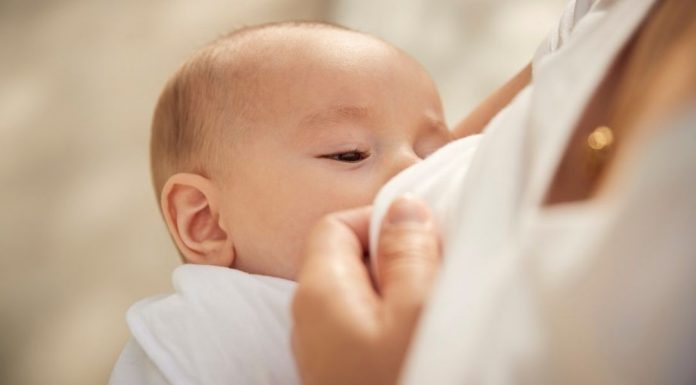 The Left is systematically tearing down all societal norms.

Biological realities that were understood by all five minutes ago are now being discarded in service of “wokeness.”

Now radical leftists came up with an insane term for new mothers.

The radical transgender movement continues apace because people who speak out against it are labeled bigots.

The Democrats in Congress pushed to remove all gendered language from Congressional proceedings, and the Biden administration is pushing to allow biological males to compete in women’s sports.

Now in the United Kingdom, National Health Services workers are being instructed to use gender-neutral language in order to reduce “harm” against transgender people.

The Daily Wire reports, “In Great Britain, a group of hospitals has instructed midwives in their maternity departments to use different terms when treating transgender patients in order to be more ‘gender-inclusive,’ substituting ‘chestfeeding’ for ‘breastfeeding’ and replacing ‘breastmilk’ with ‘human milk’ or ‘breast/chestmilk’ or “milk from the feeding mother or parent.’”

This is complete madness.

Transgender individuals make up a minute fraction of the population, but the rest of society is being forced to make radical changes to accommodate the ideology.

Ironically, radical feminists are some of the harshest critics of the excessive transgender movement when it was the second-wave feminists who helped lay the groundwork for the current chaotic moment.

Left-wing feminists like author JK Rowling and tennis legend Martina Navratilova have spoken out against the craze, but too many liberals are afraid to speak up.

Liberal mothers concerned about their daughters’ Rapid Onset Gender Dysphoria tried to put together a panel to discuss the issue, but no left-wing organization would host the event.

The conservative Heritage Foundation stepped up and hosted the event.

Dr. Deborah Soh and Abigail Shrier have both written books about the transgender issue, and both have been harassed by radical activists.

Actress Gina Carano was hectored by “woke” activists for not having gender pronouns in her Twitter bio.

There are real world consequences to the ideology.

For example, sexual predators who identify as female have been allowed to transfer to women’s prisons where they’ve assaulted female inmates.

The radicals will keep claiming more territory until more people begin to speak up.