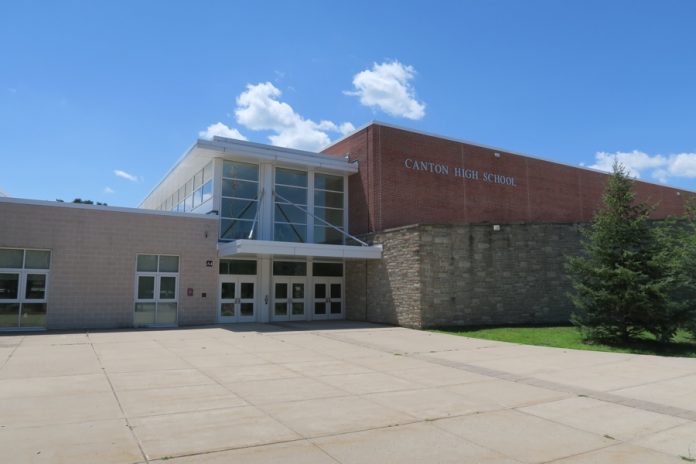 Atheist leftists do everything they can to silence Christian conservatives.

They try to control the education system to institutionalize the younger generations.

And their latest attack targeting Christians is their worst yet.

The Freedom From Religion Foundation (FFRF) is a radical atheist group that wants no part of God in our schools across the nation.

And they just pressured a school district in Massachusetts to kick God out of “school-sponsored events.”

Last month, Canton Public Schools Superintendent Jennifer Fischer-Mueller informed the Wisconsin-based Freedom From Religion Foundation that “steps have been taken to ensure that there will be no prayers or religious rituals” included as part of any school ceremony or school-sponsored event, including graduation ceremonies.

Fischer-Mueller’s letter came after FFRF, which advocates for a strict separation of church and state and regularly pressures school districts and local government entities across the nation to drop all types of religious activities and cooperation, sent a demand letter to her in late June.

The letter complained about the fact that the Rev. John Tamilio III of the Congregational Church of Canton was invited to give a prayer at the 2018 Canton High School graduation ceremony last spring.

The Christian Post reached out to Fischer-Mueller for clarification on the school district’s policy. She was asked how schools in the district were informed of the policy and whether students who want to offer a prayer in their graduation speeches would be allowed to do so. A response is pending.

The atheist group’s go-to schtick is to threaten schools and other organizations with fines and lawsuits if they say or do anything even remotely Christian.

In the past, the FFRF even forced a Veterans center in Michigan to remove a bench that featured two crosses – or face massive legal fees.

But Americans have the First Amendment to defend their freedom of speech and religion.

Anyone can mention God whenever they want knowing that they won’t face consequences as a result of exercising their free speech.

It is why America was founded in the first place, as many Christians fled persecution from Europe.

This is just another example of leftist groups targeting Christians.

You can be sure that if a Muslim was invited to pray at a “school sponsored event” FFRF would have no issue with that.

Do you think Christians are targeted for their faith? Let us know your thoughts in the comments below.