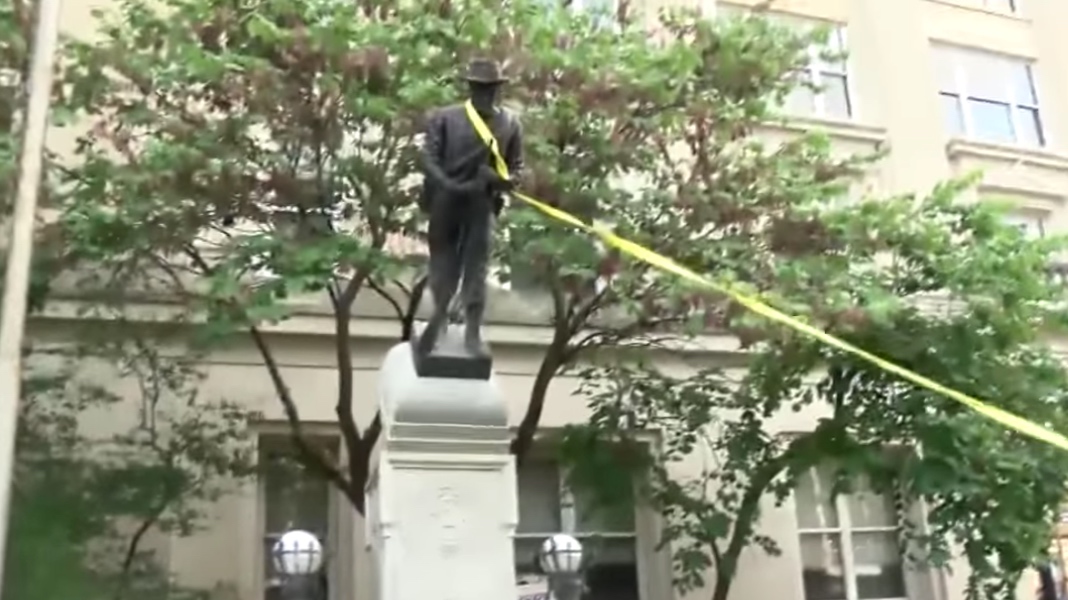 Leftist students demanded the university take down a statue of the school’s mascot, Prospector Pete statue and strip away mention of him on campus.

And the school caved.

Officials at California State University, Long Beach, have ended the school’s use of its mascot, Prospector Pete, over concerns that the use of a settler-era mascot for the school was racially insensitive.

The school’s president, Jane Close Conoley, announced the end of the mascot’s use on Friday in a letter to students and alumni, citing a 2014 decision to begin moving away from the use of the “49er” and “prospector” imagery on its sports teams.

Prospector Pete’s true meaning is one of striking the gold of education.

It has nothing to do with genocide.

The SJW crusade has become violent in the name of so-called “tolerance.”

They have defaced and vandalized historic statues across the U.S. and destroyed the careers of many professors.

But Trump has revealed their future battle plans on Twitter:

…can't change history, but you can learn from it. Robert E Lee, Stonewall Jackson – who's next, Washington, Jefferson? So foolish! Also…

They won’t be satisfied until all mentions of America’s founders are wiped from the record books.