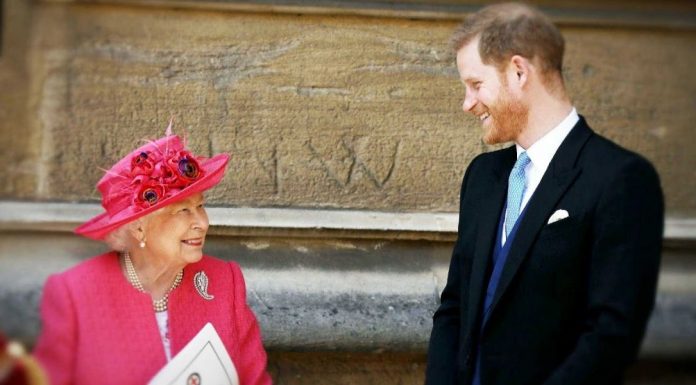 Prince Harry and Meghan Markle have created quite a rift in the Royal Family.

The couple has been more hostile toward the family than the notoriously brutal British tabloids.

But Queen Elizabeth is deeply concerned about Prince Harry for one reason.

Shockwaves are still being felt after their bombshell interview with Oprah Winfrey where the Sussex Royals accused the family of being racist.

In light of the interview, the duo’s favorability among the British people dropped like a rock.

Harry dug an even deeper hole when he appeared on a podcast with American actor Dax Shepard and admitted that Markle almost committed suicide, but didn’t go through with it because she thought it would be “unfair” to Harry since he lost his mother at a young age.

And it appears that Queen Elizabeth is concerned for her grandson’s mental health.

Royal expert Angela Levin said on Twitter, “My view is that Harry’s family in London are very worried about his mental health and think slamming the royal door in his face could have devastating consequences.”

People were quick to point out that Harry has been subjected to emotional abuse at the hands of his wife.

Meghan’s half-sister Samantha Markle also pointed out that her behavior and treatment of Harry appears to be toxic.

She said of Meghan, “I definitely see a narcissistic personality disorder. I’m not diagnosing her. She needs to see a counselor . . . I feel sorry for Harry. She pulled him away from his family, all of his friends, the life that he knew. He reminds me of one of those kidnap victims who eventually starts to believe that their life was so horrible and they’re in love with their captor.”

Perhaps Queen Elizabeth sees the pattern of what’s happening and wants to make sure that Harry doesn’t feel disconnected from his family.

Meghan’s constant need for attention has put Harry in a precarious position within his own family, but they haven’t yet closed the door on reconciliation.