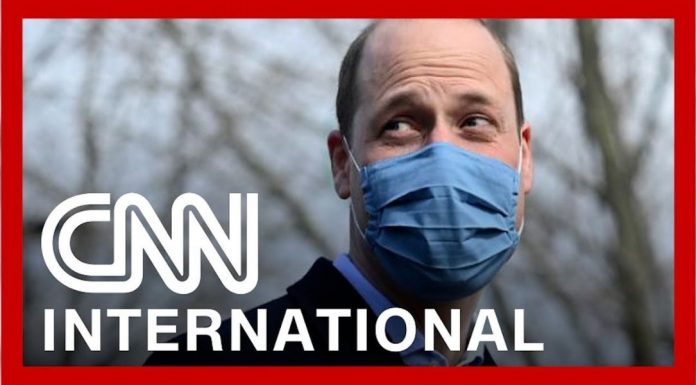 Unless you’re hiding in a bunker, you’ve heard the news of Prince Harry and Meghan Markle’s explosive “tell-all” interview with Oprah Winfrey.

Talk about the shot heard round the world . . .

Now, Prince William has addressed the rumors of racism, and what he said may leave you shocked.

In the Oprah interview, Prince Harry and his wife Meghan Markle lobbed allegations of racism against the royal family.

According to Markle, there were “conversations and concerns” regarding their then-unborn child’s skin color.

Later, Harry clarified it was not Queen Elizabeth or Prince Philip that made the comments.

If it wasn’t the Queen or her husband, then who was it?

Many speculated it might be heirs-to-the-throne Prince Charles or Prince William that raised these supposed “concerns.”

Prince William, known for his quiet confidence and strong dislike of the media, was not going to let such accusations be thrown about by his brother and sister-in-law without addressing them head-on.

During a visit to an East London school, William was confronted by a reporter, and he assured the press that the royal family is “very much not a racist family.”

Prince William also noted that he had not spoken to Harry since the interview but definitely planned to do so.

It is very out of character for Prince William to answer questions from the press in such a casual manner, many royal experts believe he really wanted to set the record straight.

“It was very unusual for Prince William to answer. I mean, Prince Charles was on an engagement earlier this week, and a member of the press called out . . . [and] Prince Charles didn’t comment – [but] William did. He answered not once, but twice. I think that’s very telling of his mood at the moment,” royal expert Katie Nicholl told Entertainment Tonight in an interview.

Royals like William do not give unrehearsed, off-the-cuff comments like this, but it seems the Prince really wanted to say something.

There is no doubt Prince William feels it is his role to defend his family.

Some close to the Prince say he is incredibly hurt and angered by Prince Harry and Meghan Markle’s interview.

Only time will tell if the obvious chasm in the Royal family will be mended.

One thing is for sure, if Harry and Meghan think their place is on a couch with Oprah Winfrey, they’ll likely be banished from the palace permanently.