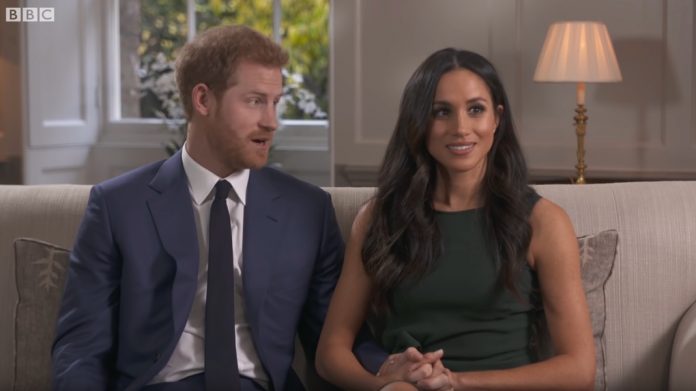 The United States has enough Communist “Americans” to deal with on a daily basis.

But now we all have to deal with attacks from the British Monarchy again for the first time since the 1800s thanks to the Duke of Sussex.

And now Harry’s latest attack on the United States will leave you filled with rage.

Millions of Americans have been raised and taught to hate their own nation.

The idea that the United States is built on evil and therefore must be destroyed is a popular radical belief.

And out of the idea that our nation is inherently immoral, we get dead beats causing havoc in streets across America.

Just look at what Black Lives Matter did to towns all across the United States.

Ann Dorn, the widow of retired police captain David Dorn who was murdered during the riots of 2020, joins Tucker Carlson:

"Black Lives Matter called for the death of police, and nobody has done anything about it." pic.twitter.com/1W2KpOo7YU

So it’s clear we have enough people domestically to deal with on a daily basis who want to destroy our way of life.

But now we have to deal with the British Monarchy again.

It’s been clear for a while now that Prince Harry and Meghan Markle are no friends to America.

They hate the average middle American.

But this is even a new low for them.

While giving a speech to the United Nations on Monday in honor of Nelson Mandela, Prince Harry told the room filled with globalists that “from the horrific war in Ukraine to the rolling back of constitutional rights here in the United States, we are witnessing a global assault on democracy and freedom—the cause of Mandela’s life.”

“From the horrific war in Ukraine, to the rolling back of constitutional rights here in the United States, we are witnessing a global assault on democracy and freedom, the cause of Mandela’s life.”

Is the guy too big of an idiot to realize that the United States fought the Revolutionary War and the War of 1812 to get away from his tyrannical bloodline?

Surrender of Lord Cornwallis and the British army to American and French forces commanded by George Washington at Yorktown, Virginia, on October 19, 1781. The battle of Yorktown led to the end of the war and American independence, secured in the 1783 Treaty of Paris. pic.twitter.com/pYSwbtoQbc

Not to mention the American people bailed his country out of two world wars and kept him from eating sauerkraut his entire life.