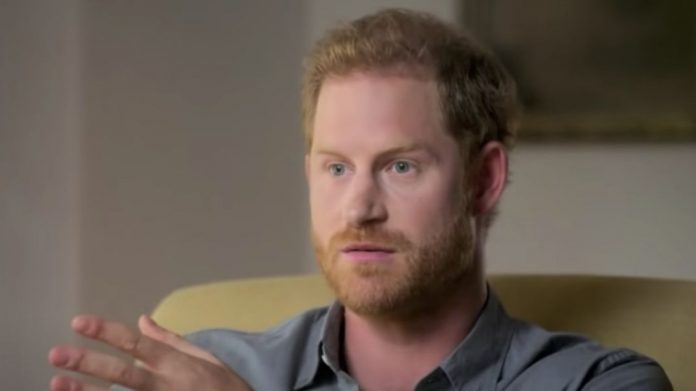 Prince Harry and Meghan Markle continue to bathe in controversy.

The Sussex Royals have taken a sledgehammer to the British Royal Family on their way out the door.

And Harry made one announcement that has people rolling their eyes.

Prince Harry and Meghan Markle are continuing their crusade to be media icons.

Their interview with Oprah Winfrey where they accused the Royal Family of racism scored Winfrey an Emmy nomination.

They even signed a lucrative deal with Netflix.

Now Harry has agreed to a four-book deal, but supposedly one of the books will not be released until his grandmother Queen Elizabeth dies.

🚨 | NEW: Prince Harry has secured a four-book deal, with the second due out only after the Queen dies

Harry’s biographer pushed back on the narrative, but the Daily Mail stood by its reporting.

Prince Harry’s response to the source’s claim has been reported by Omid Scobie, the co-author of the Sussexes biography Finding Freedom.

He wrote on Twitter: “A report claiming Prince Harry is holding back a second book (of a multi-title deal) for after the Queen’s death seems to be wide of the mark. A Sussex rep says there’s NO project coordinated around such an event, adding that it would be factually inaccurate to suggest otherwise.”

The Daily Mail reported the source making the new claims surrounding Prince Harry’s book deal. The source, described as “impeccably-placed in the publishing industry”, told the publication Prince Harry led the negotiations for the book deal with a “take it or leave it attitude”.

If true, one can only imagine the slander Harry is prepared to throw at the family.

He and Meghan already made charges of racism, so any upcoming claims could be a proverbial nuclear bomb for the family.

It’s no wonder brothers Harry and William are at odds.

Markle’s family warned that she was narcissistic and manipulative, and they seem to be proven right.

The Sussex Royals have been a circus ever since their wedding.