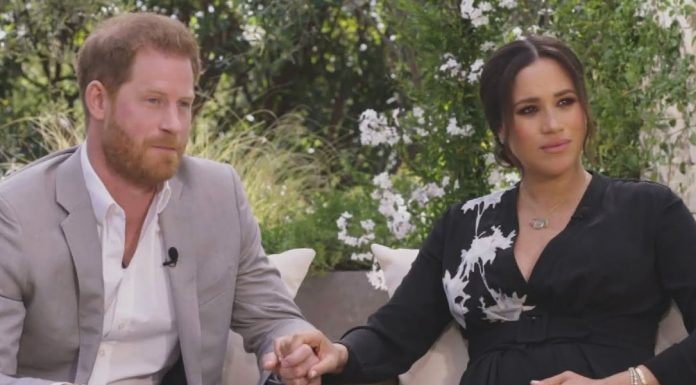 They first made waves when they left the British Royal Family.

Now Harry and Meghan said something shocking about the Royal Family in their interview with Oprah.

Prince Harry and Meghan Markle sat down for an exclusive interview with Oprah Winfrey, and the result was exasperating.

Two of the most privileged people on the planet whined about how they’re victims of the Royal Family.

At one point, Markle expressed how she was appalled that she should curtsey before the Queen of England.

It didn’t take long for Twitter users to torch the couple for their nauseating claim of victimhood.

In which M & H pretend that no royal has had it worse in the press than they have. Give me a break. Have you ever seen such privileged people wallowing in their own (perceived) victimhood like this? https://t.co/TTIiLhw9uD

A prince and princess whinging about oppression shows the power of victimhood currency.

Even worse, Markle and Harry insinuated that the Royal Family was racist.

Markle claimed that someone within the family asked her what the complexion of her baby would be.

She didn’t say who, and she didn’t provide any context.

Prior to the interview, reports surfaced that Markle treated the Royal staff horribly, which dovetails with other stories about her in the past.

Her estranged father called her out for creating family strife and disrespecting the Queen.

The interview showed that Donald Trump was right all along in his assessment of Harry and Meghan’s union:

"I wish a lot of luck to Harry cause he's gonna need it."
pic.twitter.com/9OCBeSMguZ

He most certainly will because his marriage to Markle has strained his relationship with his family.

Prior to the pandemic, Harry even eschewed a family hunting trip and sold one of his prized rifles, allegedly to appease Markle’s progressive sensibilities.