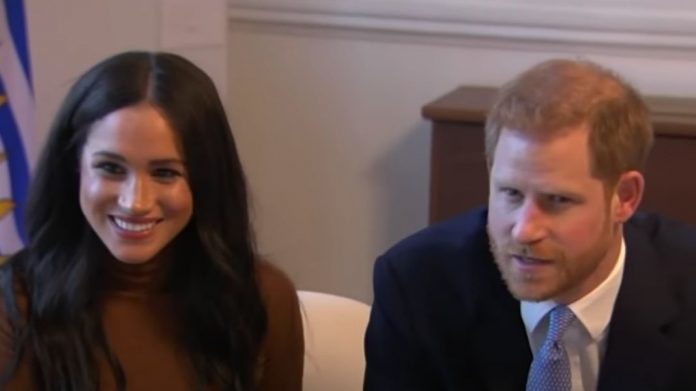 The couple dropped a bomb on the Royal Family after accusations of racism.

Now Harry and Meghan received an award after making one eye-rolling pledge to radical environmentalists.

There’s a Malthusian belief among the Left that overpopulation is going to destroy the planet.

Tracy Stone-Manning, Joe Biden’s nominee to head the Bureau of Land Management, wrote in her graduate thesis that children were an “environmental hazard.”

That’s a common thought on the Left, and that’s why Prince Harry and Meghan Markle made a pledge only to have two children.

During an interview with extreme environmentalist Jane Goodall, Harry said:

“Two, maximum! But I’ve always thought: this place is borrowed. And, surely, being as intelligent as we all are, or as evolved as we all are supposed to be, we should be able to leave something better behind for the next generation.’”

The radical organization Population Matters announced that they would be giving the Royals an award.

“In choosing and publicly declaring their intention to limit their family to two, the Duke and Duchess of Sussex are helping to ensure a better future for their children and providing a role model for other families . . . Having a smaller family reduces our impact on the Earth, and provides a better chance for all our children, their children, and future generations to flourish on a healthy planet. We commend the Duke and Duchess for taking this enlightened decision, and for affirming that a smaller family is also a happy family.”

There’s nothing wrong with having concern for the environment, but leftists have this bizarre paganistic worship of the planet that concludes human beings are essentially parasites.

I have a question 🙋🏾‍♀️ … what if she becomes pregnant again? I mean contraceptives do fail from time to time. Will they resort to aborting the Queen’s grandchild? This is absurd.https://t.co/ilSDiMSwgf

The virtue-signaling of Harry and Meghan knows no bounds, and because they’re mouthpieces for leftist ideas, they’re constantly showered with praise.

But the cringeworthy idea that families having kids is a drag on the planet should not be commended, and certainly not rewarded.