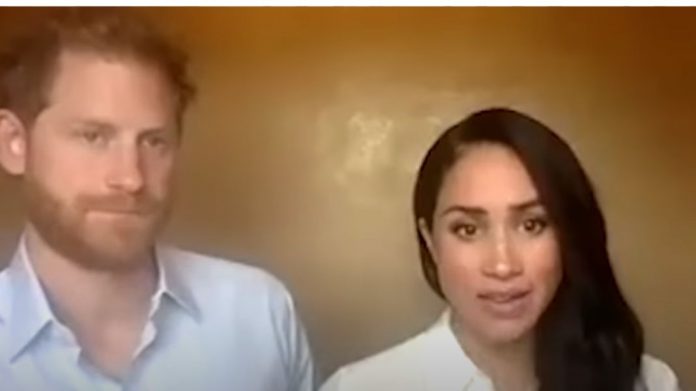 Prince Harry and Meghan Markle seem to love crashing into controversy head on.

The two have moved from one public relations blunder to another.

Prince Harry and actress Meghan Markle have taken a blow torch to the pageantry and history of what it means to be part of the Royal Family.

Not only did they renounce their titles as the Duke and Duchess of Sussex, but they’ve also bucked tradition by wading into partisan politics.

The UK political system is to the Left of the American system, and Meghan is wildly to the Left even by British standards, particularly on issues of culture.

The people who want economic Marxism have been employing the tactic of cultural Marxism, a relic of the infamous Frankfurt School – a consortium of European socialists who took root in American academia in the 1950s.

The cultural Marxists use identity groups to divide and conquer, and that’s the ugly narrative that Harry and Markle are trumpeting.

During an online video chat, Harry, with Meghan at his side, said that his motherland must deal with its history of colonialism.

“There is no way that we can move forward unless we acknowledge the past,” said Harry.

This is the type of vague language the far-left uses.

It’s a tactic to guilt people into believing their heritage and their governmental system is rotten to the core, and must be replaced with something more equitable.

Meghan chimed in and said, “We’re going to have to be a little uncomfortable right now because it’s only in pushing through that discomfort that we get to the other side of this.

She’s not even British, so her guilt of European colonialism makes no sense.

Meghan continued, “It’s not just in the big moments, it’s in the quiet moments where racism and unconscious bias lies and thrives.

As instances of actual racism have decreased dramatically throughout the decades, the Left has begun to focus on the invisible “systemic racism” that’s so pernicious, it’s everywhere and nowhere at the same time.

Unconscious bias is largely pseudoscience and a racket for grievance hustlers to make a quick buck from corporations and governmental institutions.

Harry added, “There is no turning back now, everything is coming to a head . . . Solutions exist and change is happening far quicker than it ever has done before.”

Harry invoked the magic word of change, which is intentionally vague.

“Change” is the benign word the Left uses to get people on board with all kinds of terrible ideas.

Harry and Meghan are obnoxiously woke, and they’re going after the boogeyman of colonialism when the West is home to the most tolerant societies on the planet.

Many think Harry and Meghan should quit while they’re not too far behind with their political pandering.