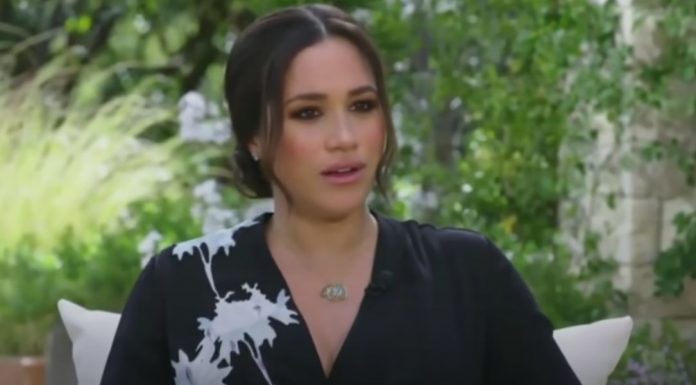 Prince Harry and Meghan Markle are desperate to enhance their celebrity status.

The Sussex Royals have made a series of media maneuvers to achieve their glamorous ambitions.

But Harry and Meghan got some eye-popping news that could tank their political ambitions.

Prince Harry and Meghan Markle are on a crusade to be global icons.

Being a member of the British Royal Family apparently was not enough for Meghan, and she seems to be dragging Harry along for the ride.

During an explosive interview with Oprah Winfrey last year, the couple accused the Royal Family of racism, but conveniently did not accuse anyone specific.

British television presenter Piers Morgan said he did not believe the couple, and he ultimately resigned as the host of Good Morning Britain.

But Piers Morgan wasn’t the only person who said that Markle lied.

Meghan’s half-sister Samantha is suing her for damages related to lies that Meghan has told about their father and family more broadly.

Fox News reported that Samantha Markle “accuses the Duchess of Sussex of defamation ‘based on demonstrably false and malicious statements’ made by Meghan in the sit-down interview viewed by millions around the world on March 7, 2021. Samantha, who shares father Thomas Markle with the duchess, claims Meghan’s ‘lies’ were ‘designed to destroy [her] reputation’ and have subjected her to ‘humiliation, shame and hatred on a worldwide scale…’”

“Defendant was not forced at the age of 13 to work in low-paying jobs to make ends meet; Defendant attended elite and expensive private schools and dance and acting classes in Los Angeles paid for by her Father; Mr. Markle also paid for all of Defendant’s college education at Northwestern including tuition, rent and living expenses and even took out loans to cover the considerable cost.”

Thomas Markle, the sisters’ father, worked for many years as a crewmember in the camera and lighting department on television shows such as General Hospital, Married with Children, and The Facts of Life.

It’s hard to know what’s true and what isn’t, but Meghan’s father and half-siblings all seem to believe she is a deeply dishonest person.

Meghan’s attorney Michael Kump responded, “This baseless and absurd lawsuit is just a continuation of a pattern of disturbing behavior. We will give it the minimum attention necessary, which is all it deserves.”

But if the facts about Meghan Markle brought to light in this lawsuit hit the broader public, it could tank Markle’s rumored plans to run for office in California.

Meghan has gotten her feet wet in the past with political issues, but Harry and Meghan dove head first into the political arena, when Meghan penned a letter to Democrat lawmakers on Capitol Hill last year demanding paid family leave in the United States.

In her letter she claimed, “The working mom or parent is facing the conflict of being present or being paid. The sacrifice of either comes at a great cost.”

This new lawsuit shows she knows little about any of that and paints her as nothing more than a fraud who snagged a Royal title.

And if the lawsuit ever made it to court, it could sully the storybook image that Meghan has created for herself.