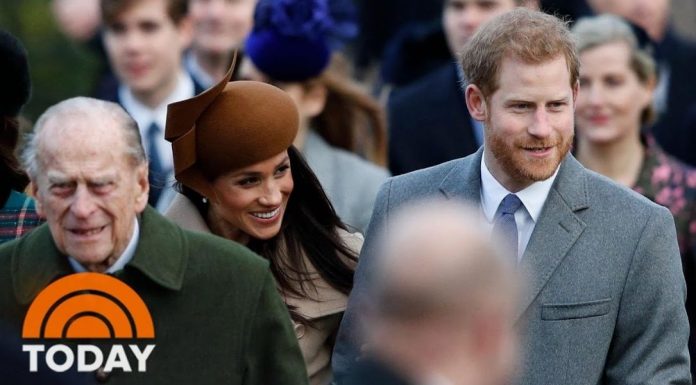 Prince Harry and Meghan Markle’s star could be fading.

They seem desperate to remain relevant.

Now Harry and Meghan got some bad news about one business venture.

Prince Harry and Meghan Markle are chasing the spotlight.

That’s what precipitated the Sussexes’ departure from the Royal Family.

However, the two have yet to produce anything noteworthy with the companies they signed deals with.

And Netflix is supposedly losing patience with the couple.

Breitbart reported that “Meghan Markle and Prince Harry are rumored to be wearing out their welcome, especially at Netflix, which has yet to see a finished product from its multi-million-dollar production deal with the ex-royal couple. Conflicting reports are swirling around the couple’s relationship with Netflix, with some British tabloids claiming that the deal is on the rocks as executives grow increasingly impatient with the Sussexes… Netflix is a vastly different company from when it first signed the couple. An unprecedented exodus of subscribers has put the once invincible streamer on the ropes, with hundreds of pink slips issued, in-development projects cut, and promises from executives to rein in profligate spending.”

One problem facing the pair is that they have dedicated themselves to being super “woke,” but “woke” is quickly going out of style.

Leftists have even distanced themselves from the word and pretend as if it’s a creation of the Right.

After far-Left employees at Netflix attempted to get Dave Chappelle’s comedy special removed from the platform, CEO Ted Sarandos said, “We have articulated to our employees that there are going to be things you don’t like… There are going to be things that you might feel are harmful. But we are trying to entertain a world with varying tastes and varying sensibilities and various beliefs, and I think this special was consistent with that.”

With subscribers leaving and “woke” content repelling audiences, Harry and Meghan may not have anything interesting to add to the conversation.

They didn’t to begin with, but now they certainly don’t.

Their high-water mark likely came during their infamous interview with Oprah Winfrey when they accused the Royal Family of racism.

It scored them kudos with the left-wing media ecosystem, and nobody else.

Harry’s favorability ratings with Brittons dropped below water for the first time ever after that shameful interview.

If Harry and Meghan do put out content for Netflix, nobody seems to be in a terrible hurry to watch it.