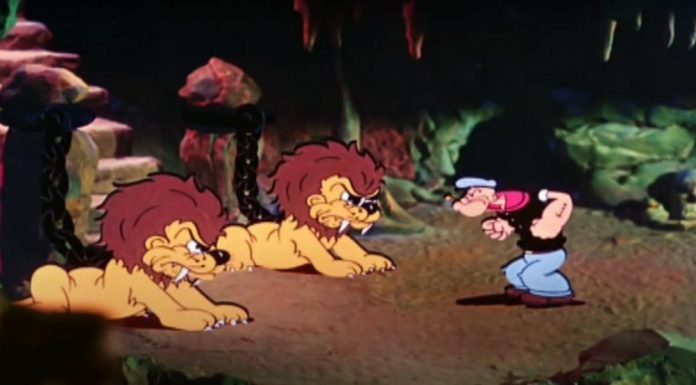 But now even the symbol of manhood isn’t safe from the Left’s agenda to change our society.

So, Popeye is getting a makeover by the Woke mob and you won’t believe what they did to him.

But things have changed drastically within the past couple of decades.

Just a generation ago Arnold Schwarzenegger used to be a symbol of manhood.

Arnold Schwarzenegger walking through Munich in swimming trunks in order to promote his own gym, 1969. pic.twitter.com/e98EtL0ZMC

And now a man with a tuck is considered a woman.

In case anyone still needs this cleared up:
Admiral Rachel L. Levine, MD is a woman.
Ken Paxton is a transphobic bigot and bully. pic.twitter.com/YtIgSq9osT

Nearly everything in our society is being feminized and the madness just won’t stop.

And now Popeye isn’t even safe from the woke mobs neutering of manhood.

Popeye was the ultimate symbol of masculinity with his unworldly strength and always trying to hook up with his chick Olive Oyl.

But now Popeye is “gender fluid”.

That’s how Popeye’s new cartoonist Randal K. Milholland described him in a recent interview with the San Antonio Express-News.

Miholland continued by saying “So Popeye dresses up as a woman and says, ‘I’m your mom now,’ And it’s not a joke; it’s Popeye being the kind character he originally was. Someone who’d do whatever he could for someone down on their luck, like an orphan.”

The Leftist cartoonist continued, “I [want] to bring in more characters who aren’t heterosexual. I don’t live in that purely straight white world, and I don’t think a lot of other people do either.”

Maybe there will be an episode where Popeye absolutely destroys women, swimming as a dude.