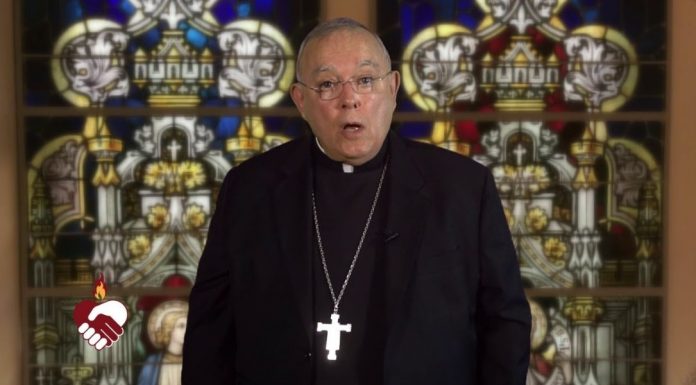 The radical LGBT movement sees an ally in Pope Francis.

Considering he is the most far-left Pope in history, they have good reason for that.

But Pope Francis won’t like what an Archbishop just said about transgenderism.

For centuries, the Catholic Church has been standing up to the radical LGBT agenda.

But with virtually every major institution aggressively pushing that agenda, many on the Left see the Catholic Church as a ripe target.

But not every high-ranking member of the Church is on Pope Francis’ side.

In fact, there is a growing number of Priests, Bishops, and even Cardinals who are publicly standing up against the LGBT agenda with the same fervor of the Left.

Archbishop Emeritus of Philadelphia, Charles J. Chaput came out with perhaps the most passionate rebuke of the transgender movement while appearing on Fox News’ Tucker Carlson Today.

He called transgenderism “the final rebellion against God.”

Archbishop Chaput, who recently retired after being appointed by Pope Benedict XVI in 2011, linked “sex-change” attempts to the “foundational sin” of idolatry while speaking to Tucker.

“You know Catholics talk about original sin, other Christian communities talk about the sin of Adam and Eve, which was they wanted to be like God. They didn’t want God to tell them what to do. They wanted to do it their way,” he said.

“Instead of giving God his due, you give to someone else or something else what belongs to God,” he continued. “That’s called idolatry. It’s a foundational sin. It’s the most dangerous sin and it’s led us down this path of making ourselves a center of creation.”

Tucker asked Archbishop Chaput about the desire of people to take on the role of God.

He responded by stating, “I think that the gender issues today are the prime example of that, where we’re not even satisfied with the body that we’re born with, that we think we have the power to become something that we were not created, that I can become a woman or a woman can become a man.”

“That’s something God does, not something we do, but in some ways that’s the final rebellion against God,” the retired Archbishop added.

This is a point you won’t hear from Pope Francis, or most Catholic churches across America today.

But it is a point that truly gets to the heart of why somebody attempting to change their gender is such a uniquely ghastly sin.

If you are born one gender, and claim to change it to another, you are ultimately attempting to play God.