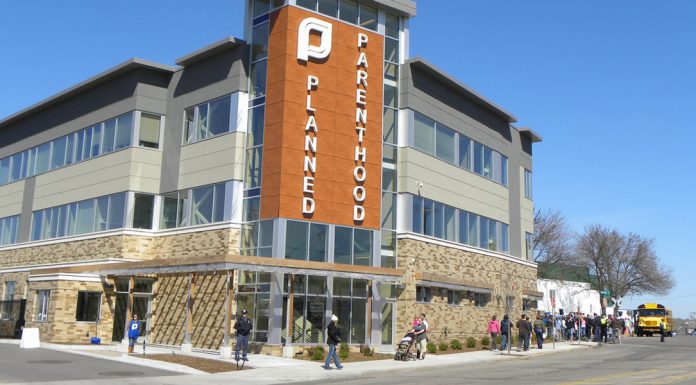 While the abortion services Planned Parenthood openly advertises is grizzly enough, it is nothing compared to what they hide.

What they do behind closed doors is more despicable than one can imagine.

And they were just caught on video admitting one thing that could end them for good.

For decades, Christians have been fighting back against the anti-life agenda of Planned Parenthood.

Planned Parenthood has been instrumental in keeping the practice of killing unborn children legal and widely available.

But undercover videos from The Center for Medical Progress (CMP) revealed that they don’t just kill these unborn children, but that they sell their body parts once the procedure is done.

It turns out the selling of those parts is big business, with one Planned Parenthood bragging about how she wants to buy a Lamborghini with the money she makes off the sales.

After these videos went public, Planned Parenthood fought back, eventually costing the person who filmed the videos more than $2 million in fines, with an ongoing court case in limbo.

They consider this a victory, and a vindication.

But it couldn’t be further from the truth.

Unsealed this spring, the testimony makes it clear that the sales occurred, despite many left-wing activists trying to deny the charges.

In the video, Planned Parenthood officials admit to a proposal to sell fetal livers for $750 per liver and $1,600 for liver/thymus pairs.

After stating that they “rebuffed” on the proposal, Planned Parenthood Gulf Coast’s Senior Director of Abortion Access, Tram Nguyen, admits under oath that she “wanted to move forward with it.”

You can watch the video report below:

This is a startling admission that proves what pro-life activists have been saying for years.

Despite this being huge news, it is highly unlikely that “news outlets” like CNN of MSNBC will ever discuss it, and will only mention the judgment against CMP.

The selling of baby parts shows just how little regard Planned Parenthood has for life.

Not only do they participate in the wholesale slaughter of unborn babies, they are willing to cash in twice by selling their body parts afterward.

Do you think abortion should be illegal?