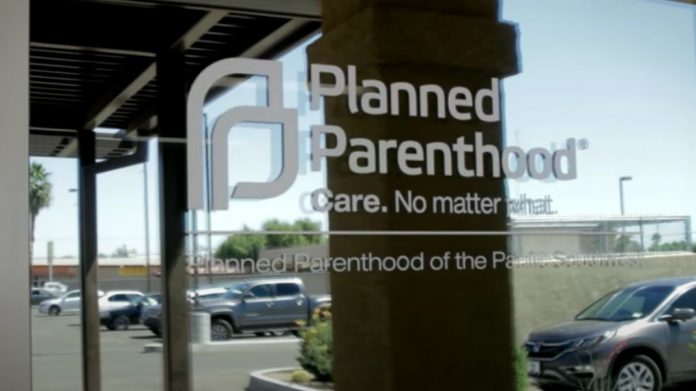 The entire country it seems, everyone from colleges to campgrounds and from the NFL to NASCAR, are on their knees before the woke cancel culture mobs.

And they’ve all seemingly decided tearing down statues, banning flags, and renaming football teams will solve all of America’s racial issues.

Now you can add Planned Parenthood to the mix as they have decided to whitewash their racist past – and present – with this act.

Most anyone who has ever bothered to investigate it knows the roots of taxpayer-funded abortion provider Planned Parenthood.

It was quite ironically the “baby” of noted racist, eugenicist, and Hitler cheerleader Margaret Sanger.

Sanger, who founded Planned Parenthood in New York in 1916, was  very well-known in eugenicist circles and she firmly believed, and espoused, that certain groups of human beings were “weeds,” “reckless breeders,” and “morons” who should not have children.

Among those groups of course were blacks and other “lesser races.”

And truth be told, since it’s founding, Planned Parenthood has killed more black Americans than all other groups combined.

As one eugenicist said in the 1970s, “Margaret Sanger would be proud at the culling of the negro race by her organization, they’ve far surpassed our wildest dreams of thinning out the African race from our nation.”

And Republicans remain too scared to even cut-off taxpayer funding from the baby killing Planned Parenthood even though just last year they were caught inducing abortions simply for the purpose of harvesting and selling baby parts.

But now, a New York branch of the massive Planned Parenthood abortion conglomerate has publicly distanced itself from its founder, Margaret Sanger, amid accusations of “systemic racism” within the abortion mill.

According to The New York Times, Planned Parenthood of Greater New York will rename its Manhattan abortion facility, which has long been named for Sanger.

To show just how serious they are, they’ve also asked city leaders to remove her name from a street sign near their building.

The abortion group’s leaders are now finally, after a century of killing black children, aware that Sanger’s eugenics beliefs are “rooted in racism, ableism and classism.”

That, they say, is the reason for the name change.

“The removal of Margaret Sanger’s name from our building is both a necessary and overdue step to reckon with our legacy and acknowledge Planned Parenthood’s contributions to historical reproductive harm within communities of color,” said Karen Seltzer, who chairs the board of the New York abortion affiliate.

Of course, this appears as, and in fact is, nothing more than a pitiful publicity stunt by the New York branch in an attempt to stop the bad press from hundreds of its employees accusing it of “systemic racism,” “abusive behavior and financial malfeasance.”

U.S. Senator Ben Sasse (R-NE) responded to the weak attempt by saying, “Planned Parenthood can rename a building, but it can’t whitewash its eugenics roots. Planned Parenthood can try to forget its founder’s racist screeds, but it cannot escape the undeniable fact that it makes hundreds of millions of dollars each year by telling an ugly lie that certain lives are disposable and then disposing of them. Big abortion has always been, and will always be, in the business of violence and dehumanization.”

The sad truth is, just since abortion became legal nation-wide in 1973, an estimated 20 million black babies have been murdered in America, many of them at Planned Parenthood.

And, shockingly, in New York City, where Sanger started the big abortion business, city health data indicates that more African American babies are aborted in the city than are born each year.

And don’t forget, racism wasn’t merely in their founders’ vision, it is alive and well within Planned Parenthood today.

For example, Planned Parenthood continues to fight against simple legislation that would protect unborn babies from discrimination based on their sex, race, or a disability.

Sanger, of course, was not just a follower of eugenics. She helped lead the eugenics movement, frequently promoting racial discrimination through her both writing and speaking, including in a speech to the KKK.

She also wrote about getting rid of people with diseases and disabilities through sterilization and segregation, describing these “morons” as “a dead weight of human waste.”

And in a 1939 letter to a friend, Sanger wrote, “We do not want word to go out that we want to exterminate the Negro population.”

Planned Parenthood today is a billion-dollar taxpayer funded abortion chain that kills more unborn babies in abortions than any other group in the U.S.

And it was all founded on wanting to “exterminate the Negro race” a mission they continue to carry out today – despite their feeble attempt to put lipstick on a pig.