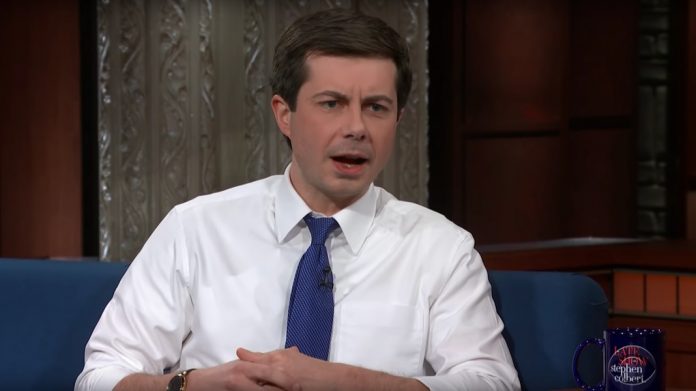 Biden’s presidency has been one of the worst ones thus far in American history.

And it’s getting so bad that even icons of the Left are starting to turn on the administration.

So Pete Buttigieg traded all his Tesla the moment he heard Elon Musk slam this Biden administration policy.

Name one thing that hasn’t gone to crap that the Biden administration has its hands involved in.

The economy is teetering on collapse.

Inflation is the highest we have seen in generations.

Biden: ‘Anybody who is responsible for that many deaths should not remind as a president of United States Of America’ 10/22/20

And the world is treating the United States like a red-headed step child.

NOW – China: "The era in which the US acted arbitrarily in the world under the pretext of democracy and human rights is over."pic.twitter.com/erAC9wlEJM

It’s getting so bad that even some of the Left’s role models are starting to turn on the Biden Administration.

Elon Musk is viewed by many on the Left as a force for “good” that promotes their radical agenda over claims like climate change.

But Elon Musk just dissed Biden so badly that there is no way that the Left will ever embrace him again.

During last week’s CEO Council Summit, Elon Musk was asked about Biden’s “Build Back Better” bill and stated, “I would say honestly, I would just can this whole bill. Don’t pass it. That’s my recommendation.”

He later claimed that the “budget deficit is insane.”

"Honestly, it might be better if the bill doesn't get passed … The federal budget deficit is insane" pic.twitter.com/awM8BzRanc

Needless to say Leftist were furious when they heard Musk destroying their golden child of a bill.

You’d have to think Biden Transportation Secretary Pete Buttigieg traded all his Tesla the moment he heard Musk’s comments.

Pete Buttigieg pushed back with remarks at the same summit.

“These are things that don’t happen on their own,” Buttigieg said at The Wall Street Journal’s CEO Council Summit on Tuesday. “They require policy attention, and that’s part of our focus both in the charging network that is supported out of the infrastructure bill that the president signed, and the tax credits that will make these vehicles more affordable, that are proposed in Build Back Better.”

But Elon is right.

Just wait a decade or so down the road when our debt holders come calling and our economy is still in the crapper.

Better stock up on the soup cans now while you still can thanks to both parties spending like cocaine laced sailors.