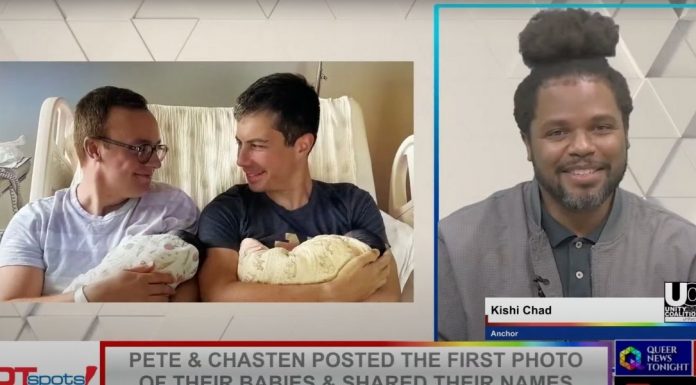 Democrats have gotten used to their media pals covering up if not celebrating their lack of morals.

But some things are so amoral, there’s no keeping them secret.

And Pete Buttigieg is worried sick his career is over after this jaw-dropping sex scandal surfaced.

Over the past couple years many of our eyes have been opened to what is really going on with our kids and the gay/trans propaganda machine.

But even with everything we have seen this is by far the worst thing yet.

And this Pete Buttigieg scandal involving a group of kids has Americans slack-jawed.

Remember when the gay pride movement and even some Repubicans were pushing for gay marriage because all the LGBT community wanted was the right to marry and a tax break?

Well look how far that has come now.

Now every chance they get the rainbow jihad tries to shove their agenda and way of life down our throats.

And it’s been shocking to see just how often the gay pride movement tries to force their propaganda on our children.

No matter how hard parents fight back there seems to always be another story about the gay movement being in our children’s classroom.

And to make matters worse, the Biden administration has fully embraced the rainbow jihad and their radical agenda.

Biden’s administration isn’t hiding their embrace of this radical movement by openly promoting and appointing things like Sam Brinton to run our nation’s nuclear waste.

This is Sam Brinton. He was appointed, by Joe Biden, as the head of nuclear waste removal. Nuke waste could be a valuable commodity to someone wanting to use it to hurt us. Will this guy be able to resist pressure from an evil entity wanting to get it's hands on these materials? pic.twitter.com/6PpPEzN5MU

But now it’s clear that Pete Buttigieg’s husband Chasten is openly trying to radicalize kids and indoctrinate them into the rainbow jihad.

A video recently came to light of Chasten happily and gleefully leading a LGBT children’s group into pledging of the gay pride flag.

The video shows Chasten reciting with the kids following, “I pledge my heart to the rainbow of the not-so-typical gay camp. One camp, full of pride, indivisible, with affirmation and equal rights for all.”

This bizarre display is both anti-American and sacrilegious. And still I find Chasten much more likable than Pete. pic.twitter.com/PLrMSaW00O

Later on in the documentary, Chasten leads the kids in making drag potatoes.

Chasten also claimed in the documentary that “Being out on the trail gives me the opportunity to come do things like this. I mean this stuff just like, puts the wind in my sails. It just reminds me of the importance of the job.”

This is your friendly reminder that Pete was a top pick of many on the Left to be their Presidential nominee in 2020 and is a front runner for 2024 whenever Biden finally kicks the can.

But with Americans finally revolting against the abuse of our children, this clip just now coming to light should have Pete Buttigieg worried his career is over.