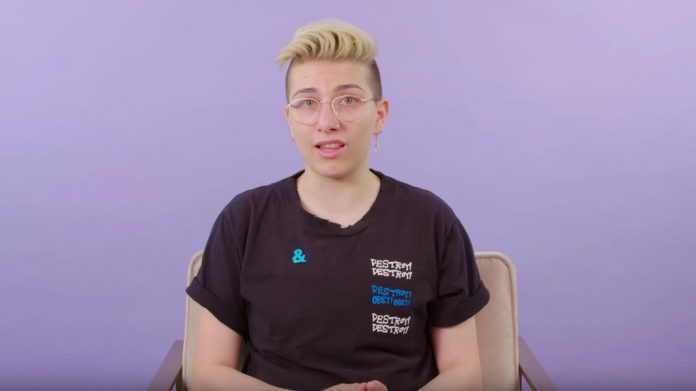 Radical liberals continue to try and normalize the transgender “lifestyle.”

They celebrate the lie that embracing it somehow makes the world a more compassionate place.

And now people are seeing red over what this aquatic center just allowed a biological woman to do.

Reportedly a public pool complex in Pella, Iowa, permitted a biologically female teenager to walk around the facility topless and enter the men’s and boy’s changing facility because she claims she identifies as a male.

According to an assistant manager at the facility, “anyone can wear the clothing necessary in line with their gender identity rather biological sex.”

So, now we have half-naked teenage girls walking around public places because, you know, “equality.”

The unnamed assistant manager told the Iowa Standard that the policy was set by the city council.

A resident of Pella told the news outlet, “When brought to the facility’s attention, they explained there was nothing they could do. That state law protects this biological female, allowing her to walk around indecently exposing herself to all the families enjoying the facility. The facility is afraid if they act and require her to cover herself, they will face legal backlash.”

The resident went on to say it was appalling that this is state law and that the girl was very clearly a biological woman – she was in no way built like a male.

Most people with any type of sense would call this child pornography, but these left-wing extremists in the transgender movement are flipping the narrative on its head and trying to make Americans believe this is acceptable.

It is in no way acceptable for a teenage girl to walk around with no top on.

According to the City of Pella’s website, the aquatic center is a “family-friendly facility.” There is nothing family-friendly about children being exposed to this type of behavior.

In a statement released by the City, they stated that no further action will be taken, and they consider this matter “closed.”

According to the Mayor, Don DeWard, “the facility adheres to a 2007 state law outlawing discrimination on the basis of sexual orientation and gender identity, and there is no specific City Code or policy in place as it relates to the swimming facility.”

These so-called “activists” who are pushing this disgusting agenda are nothing more than predators attempting to corrupt and warp the minds of children.

People who believe and advocate for this type of behavior should be given help for their mental illness, not a platform to push this criminal narrative.