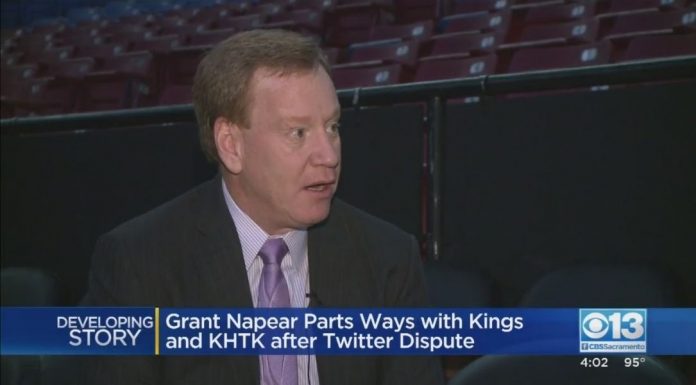 2020 has been a horrible year for professional sports.

Teams around the nation have lost sales from coronavirus and fans from their support for the Black Lives Matter movement.

And now people are furious after this professional sports announcer is fired for saying “All Lives Matter” and is replaced with someone who believes Trump is a terrorist.

Like many Americans, professional sports leagues probably wish they could redo 2020 too.

But then they got hit with the Black Lives Matter movement and the “woke” crowd who found a way to ruin anything fun.

Many leagues bought into the lies and false narratives about “systemic racism.”

And the NBA took the Black Lives Matter narrative hook, line, and sinker.

And the half a dozen fans that watched their games were bombarded with Black Live Matters commercials.

But now the NBA’s Sacramento Kings are taking their support for Black Lives Matter to a new level.

The Kings announcer, Grant Napear, was forced to resign from the franchise back in June for stating “All Lives Matter.”

Well now he is being replaced by ESPN’s Mark Jones.

But Jones isn’t just known for being a mediocre contributor for ESPN.

He is also known for his “wokeness” and attacks on police officers.

Here are just a few of his extremist tweets.

And then he retweeted a Tweet that called President Trump a “white supremacist terrorist.”

No wonder the NBA’s fan base is dwindling down to nothing.