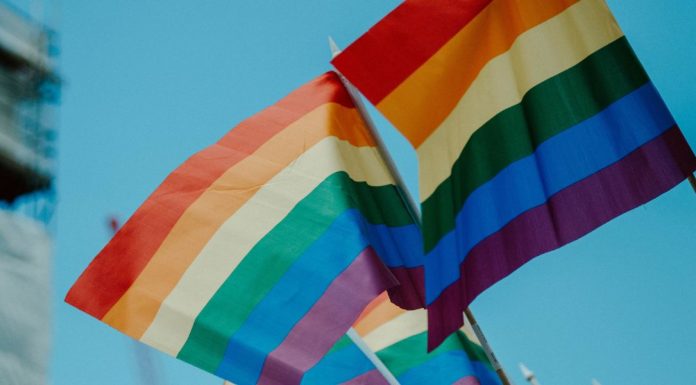 Americans have listened to leftists say the most wicked things over the past several years.

But of everything advocated for by the Left, this is by far their most cringe-worthy demand that will make you sick to your stomach.

Because a left-wing leader just begged parents to send kids to events that have Beanie Babies with giant wankers.

The days of the pipe-smoking college professor who wore tweed blazers with leather elbow patches are long gone.

Back then most professors were viewed as respected community leaders.

But these days they’re all smoking a whole different kind of pipe at colleges and universities that have become breeding grounds for the Left’s worst behavior.

In the latest burp from the pit of hell, a professor at the University of Minnesota begged parents to send kids to LGBT events that have Beanie Babies with giant wankers.

Leftists are advocating for policies that will ultimately end America as we know it.

Just look at how far the Left has come on gay “rights”.

First it was all about the right to get married so two dudes could have the benefit of a tax break.

How #Obergefell v. Hodges Could Change the Way You Do Your Taxes http://t.co/FxTFxqNIA3 #LoveCantWait pic.twitter.com/Ht2WwVumwP

Then it all went downhill since Obergefell v. Hodges.

Since then bakers have been prosecuted for refusing to violate their religious convictions against being a part of a gay marriage.

Boys claiming to be girls are not just allowed but encouraged to go into girl bathrooms, which has led to rapes and coverups of sexual assault.

And now Supreme Court Justices don’t even know what the hell a girl is.

Senator Blackburn: "Can you provide a definition for the word woman?"

But don’t worry, the spiral collapse of our society is getting worse.

Now we have professors openly and proudly encouraging parents to take their children to gay pride parades so they can see kink and Beanie Babies with giant wankers.

A recent Fatherly.com article by Heather Tirado Gilligan – and why an author with the name Heather is writing for an outlet supposedly for and by fathers no one knows – asks the questions of whether dads should take their kids to LGBTQ Pride parades.

Gilligan cites University of Minnesota professor Jenifer McGuire, who claims that it is good to take your kids to an LGBTQ rally and subject them to “nudity and other surprises.”

To McGuire, those other surprises include “sights that may be new to kids, like public nudity and kink.”

Shockingly, McGuire went on to joke about “Beanie Babies with giant penises on them” in what’s hard to describe as anything other than a real world example of grooming at a local pride event.

The University of Minnesota professor added “For a fourth- and fifth-grade kid, that’s super funny.”

This stuff couldn’t be further from a civil rights march or even a political movement.

In fact, it’s hard to say it’s anything but a criminal cult.