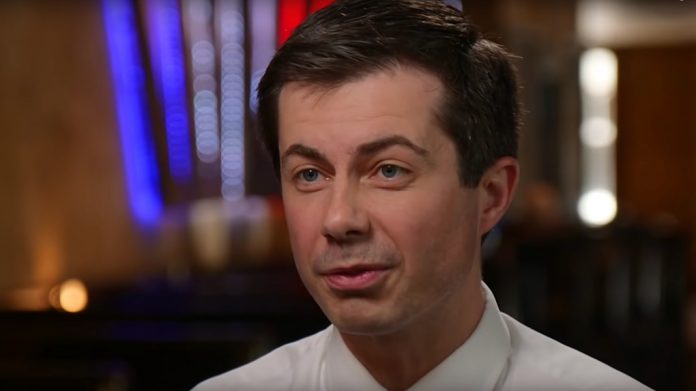 Democrats are unmoored from any sort of moral principle.

The party drifts further and further Left and Democrat presidential candidates are doing nothing to rein it back in.

And parents across the country were disturbed by this question a 9-year-old boy posed to Pete Buttigieg.

Pete Buttigieg has inexplicably gone from being the mayor of South Bend, Indiana – whose population is significantly smaller than attendance for Notre Dame’s home football games – to being a contender in the Democratic primary.

Buttigieg has little experience and has never won a statewide election.  But he’s gay, so that affords him a degree of cachet amongst leftists.

When Buttigieg first came into the scene, he tried to portray himself as a moderate, but he’s proven to be more radical the longer he’s been in the race.

Buttigieg’s stealth radicalism is indicative of his party’s movement, particularly on cultural issues.

That was evidence during a rally in Colorado when Buttigieg was asked a disturbing question by a 9-year-old.

The young boy asked, “Would you help me telling the world that I’m gay, too? I want to be brave like you.”

This exemplifies the Left’s efforts to push ideology on a younger and younger audience.

A 9-year-old shouldn’t be at a political rally asking questions about sexuality.

But this is what the Left wants.

Children who are 9-years-old (and younger) aren’t emotionally equipped to grapple with complex questions of sexuality, but they’re encouraged to do so by the political class.

This does nothing but spread confusion.

A recent study in Sweden showed that the number of cases of young girls identifying as transgender has increased by an eye-popping 1,500%.

This is not a phenomenon that’s occurring spontaneously.

These ideas are being foisted on kids before they’re ready to handle them.

The constant preaching of radical leftism is nothing more than a social science experiment gone horribly wrong.

Even members of the Left are beginning to see it.

The 9-year-old boy who asked Buttigieg that question hasn’t even gone through puberty.

His feelings could be completely different in four or five years.

But the adults in the room aren’t exactly acting like adults.

They’re clapping along uncritically, chanting “love is love” – as if a 9-year-old knows what love is – like trained seals.

WATCH the disturbing scene unfold below:

Is a 9-year-old asking a question about sex at a political rally appropriate?