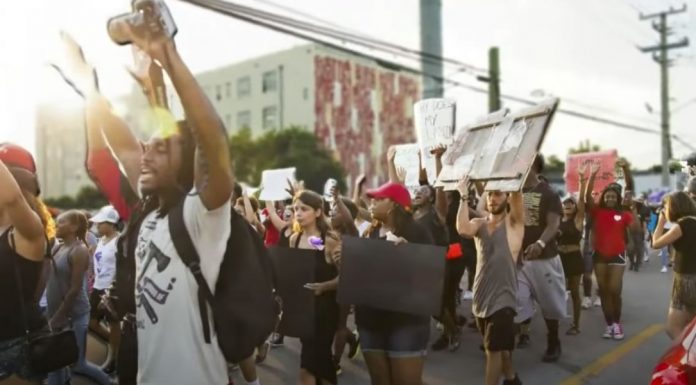 College campuses have been a breeding ground for the Left’s radical agenda for the past several decades.

But many parents are shocked to learn what their children are being taught from kindergarten through twelfth grade.

And parents are livid after schools across the nation force their children to study Black Lives Matter’s radical agenda.

Go to any major university in the United States and you would believe you are at a national Democrat committee convention.

They are nothing more than cesspools of leftist hate.

And many parents worry about how college will change their kids for the worse.

But now parents are realizing what their children are being taught in schools from kindergarten to twelfth grade.

With the emergence of Black Lives Matter, leftist teachers and school administrators starting to use their radical agenda as a daily curriculum in classrooms.

And it isn’t coincidental that one of the most popular curriculums in classrooms across the nation is the 1619 Project, which has been exposed as nothing short of spreading hatred towards our nation.

Former President Trump even tried to block schools from using the 1619 Project from infiltrating classrooms.

But many teachers are even forcing their students to take part in Black Lives Matter protests.

Now radicalism in elementary, middle, and high schools is getting worse.

According to Christopher Rufo, a freelance researcher, an elementary school fifth grade class in Pennsylvania was forced to take part in a communist and “Black Power” rally.

In Rufo’s findings a “teacher led the ten- and eleven-year-old students into the auditorium to ‘simulate’ a Black Power rally to ‘free Angela Davis from prison, where she had once been held while awaiting trial on charges of conspiracy, kidnapping and murder.”

Then kids were forced to march around the auditorium chanting with signs reading “Jail Trump” and “Black Power.”

I've obtained exclusive whistleblower documents and photographs from the school. Here's the story. 🧵

This news has many wondering what their children or grandchildren are being taught in school about Black Lives Matter.