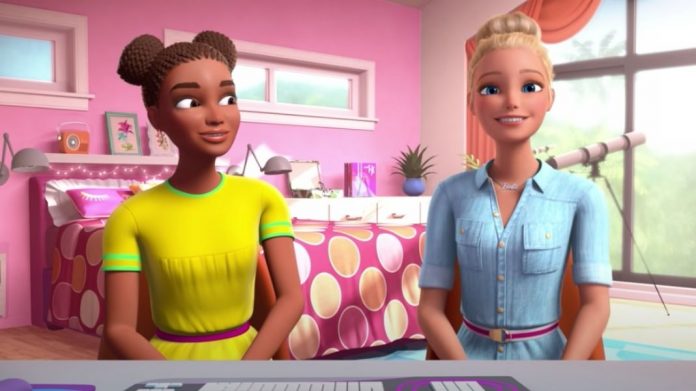 The Left is shameless in its pursuit of so-called “progressive” policy goals.

They have no problem whatsoever targeting young children.

And parents are furious as Barbie dolls are now trying to brainwash girls with an outrageous “woke” agenda.

It’s never too early to feed children “woke” agitprop in the mind of a leftist.

Now Barbie has joined the infantry unit of the culture war.

The doll line has a YouTube channel featuring animated vlogs where Barbie opines on one topic or another.

And Barbie waded into the subject of systemic racism with a painfully cringeworthy video.

First of all, fabricating stories to prove some grand narrative about race in America are cheap and ridiculous.

The idea that a teacher in 2020 would tell a child that she “got lucky” after acing a French test is preposterous.

The over-the-top stories concocted for the video are almost as bad as the video itself.

They didn’t even bother with nuanced examples that could’ve been perceived as making a decent point.

Second, this is a terrible message to send to young children.

Telling them that something is “wrong” with them because of their skin color is not tackling racism.

Renowned economist and social scientist Thomas Sowell once told of a chilling encounter he had on a lecture circuit:

“[A]nother black young man said that he had wanted to become a pilot, and had even planned to join the Air Force in order to do so. But then, he said, he now ‘realized’ that ‘The Man’ would never allow a black guy to become a pilot. This was said decades after a whole squadron of black fighter-plane pilots made a reputation for themselves in World War II as the ‘Tuskegee Airmen.’ There have been black generals in the Air Force.”

The Left has been poisoning the minds of young people for decades that society is stacked against them in one way or another, and their only salvation is to vote for Democrats, or worse, join the “revolution.”

As the Barbie video shows, there’s no aspect of American life that’s free of left-wing propaganda.

Everything and everyone must be in lockstep to bring the country one step closer toward “change.”

The Left is overly concerned about what divides the country as opposed to what binds the country, which is always a recipe for disaster.

Radical leftists have already made it clear that they reject the idea of America itself.

If enough people buy into this destructive idea, the country won’t be able to hold together.