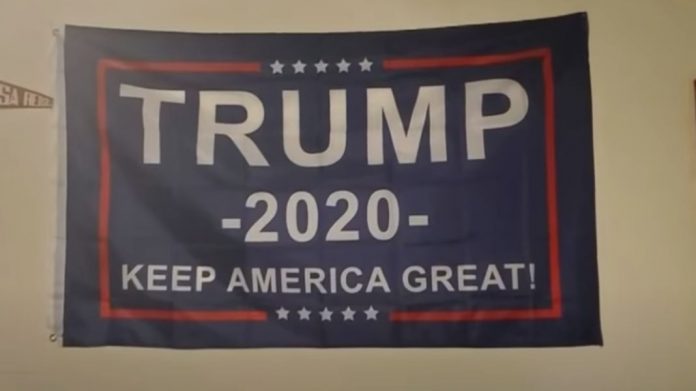 Schools and teachers are becoming more emboldened by the day to promote their radical leftist beliefs.

And it’s becoming more prevalent with virtual learning even though they deny it.

But now parents are furious after a teacher threatened to remove a student from her online class for this outrageous reason.

It’s hard to deny the fact that our nation’s education system is controlled by those who support leftist ideas.

Often teachers’ leftist beliefs and viewpoints spill over into the classroom.

And just the latest example of a teacher’s beliefs influencing their ability to teach took place in California late last week.

According to CBS 13 Sacramento, a high school student in Colusa, California was forced to leave his virtual classroom after refusing to take his “Trump 2020” flag out of his computer’s view.

The student’s mom explained, “since school has begun, my son has had this Trump flag hanging in his background.”

But abruptly in the middle of his virtual class, the student’s teacher demanded that he remove the Trump flag.

The teacher demanded to the student that, “you can sit up, remove the flag, or reposition your camera within the next 15 seconds or I’m kicking you out of class.”

After the teacher started to countdown to when the student would be removed from the virtual class, the student waved goodbye and exited on his own.

According to the mother, the teacher thought school policies kept the flag from being displayed as a political statement.

However, nowhere in the school’s handbook does it ban political statements or speech.

And let’s be honest, odds are this isn’t just a simple misunderstanding but an attempt by the teacher to intrude her personal leftist beliefs into the classroom.

This is just the latest example of a teacher trying to brainwash their classroom with their radical beliefs and thought controls.