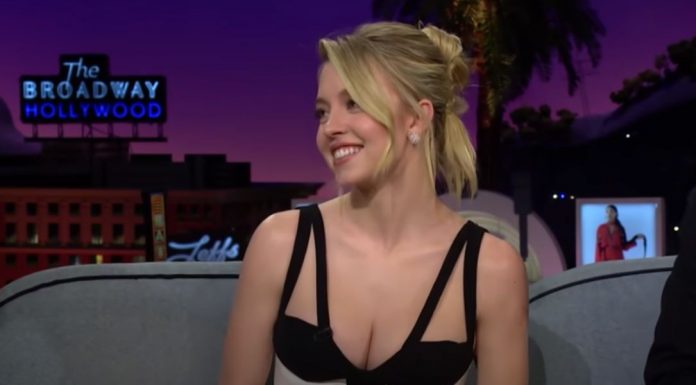 Cancel culture is similar to cancer in many ways. It’ll destroy anything it latches onto.

And for anybody in the public eye, the standards have become so insanely high that nobody is safe from the woke mob.

However things have reached a new level of crazy after SJW’s made it clear that they are coming after this Hollywood bombshell for the most insane reason.

Absolutely nobody is safe from the woke mob

Nowadays, it is nearly impossible to do anything without offending somebody, especially if you are in the public eye.

This was made very obvious when Hollywood bombshell Sydney Sweeny came under attack for a birthday party she threw for her mother.

Sydney Sweeny, has risen to super stardom over the last couple of years for her major role in the hit HBO show Euphoria.

She is widely regarded as a superb actor and undeniable sex symbol, and if you have seen a picture of her the it is not hard to see why.


Sydney Sweeny decided to use some of her Hollywood profits to throw her mother a 60th birthday bash she will never forget.

The party was Cowboy themed and many of the guests sported hats that said “Make 60 Great Again”, and one man was photographed with a pro-police Thin Blue Line shirt.

As you can imagine, it did not take long for the woke mob to come after Sydney Sweeny.

Fortunately, she had the guts to stand up to these liberal maniacs.

On Twitter, Sweeny said “You guys this is wild. An innocent celebration for my moms milestone 60th birthday has turned into an absurd political statement, which was not the intention. Please stop making assumptions. Much love to everyone ♥️ and Happy Birthday Mom!”

Good for her for not giving in to the mob, who will consume anybody who is not perfect in their view.

It is about time to cancel “cancel culture”

Cancel culture has become one of the most toxic elements of modern culture, and it is time for people to put an end to it.

If something offends you then simply look away and keep scrolling.

Nobody is perfect, and it is not right to hold people to ridiculously high standards that nobody could possibly live up to.

People should be allowed to celebrate their differences without worrying about offending somebody.

Cancel culture is consuming American culture, and the only way to fight back is by ignoring these liberal losers.

Every time any public figure goes onto social media to apologize and grovel to the woke mob they lose.

Apologizing is never enough for the mob.

What Sydney Sweeny did was the right thing, and more celebrities should learn to stand up to Social Justice Warriors like she did.

Too many in society, especially in younger generations, have completely lost their backbone.

If more young Americans don’t toughen up, the future of America will look very bleak to say the least.

One thing is for certain and that is Russian and Chinese children are not sitting at home looking for things to get offended over.